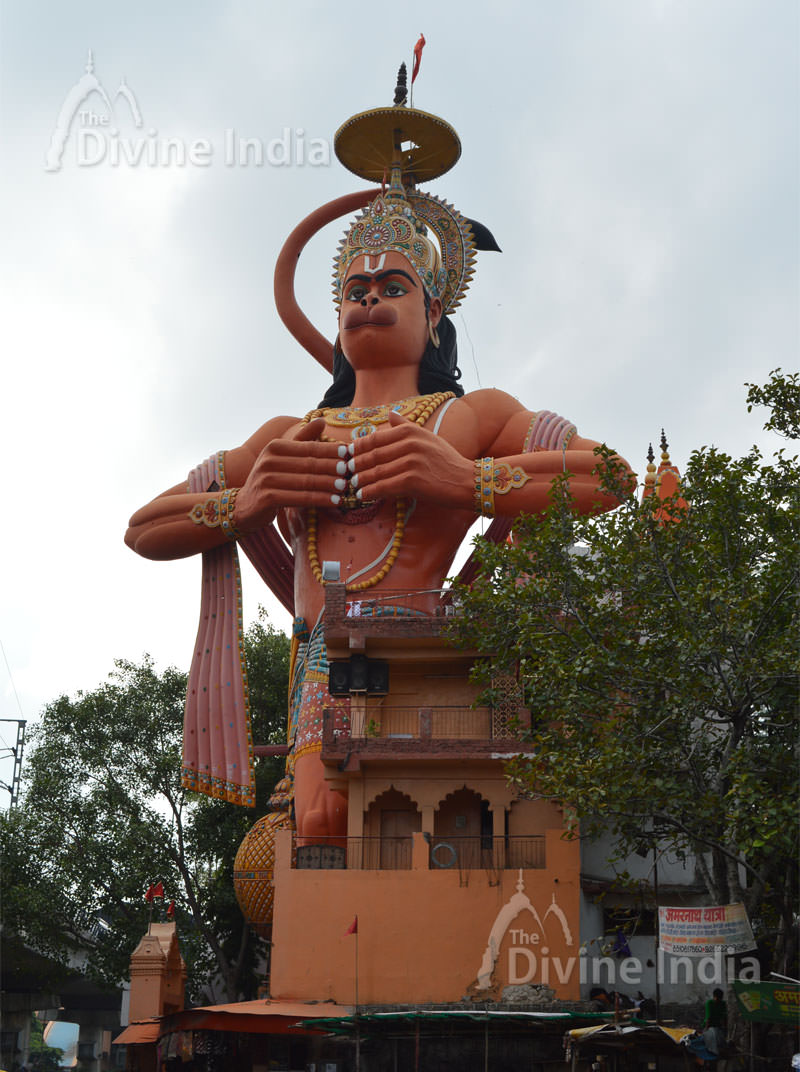 108 Feet Hanuman Mandir also known as Sankat Mochan Dham is located very close to the Jhandewalan metro station along the delhi metro blue line. The construction of the temple started in 1994 and it took around 13 years to finish the project. The temple is a wonderful piece of art, engineering and technology. The temple is 108 ft in height having a cave identical to that of Vaishno Devi Shrine in Jammu & Kashmir. This cave also has a sacred lump in the form of Pindi and a sacred flow of water in the form of river Ganga.

The gigantic size of 108 ft has made this temple very popular among the tourists. It has also become an iconic symbol of Delhi with the city posters having image of this magnificent temple. The entrance of the temple has an open mouth Rakshas or a monster in a slain condition at the death bed. This depicts the glory of Lord Hanuman who killed many monsters in his life while serving Lord Rama.  There is also a temple dedicated to Goddess Kali lying close to the feet of the idol at the base of the statue.

Tuesdays and Saturdays are special days for the Hanuman Mandir.  During the evening Aarti a large crowd gathers here. In the middle of the aarti a spectacle unfolds where in the arms of Hanuman which are held across the chest move back. As the chest slides open apart, all the devotees get a wonderful glimpse of
the beautiful images of Lord Shri Rama & Devi Sita in the heart of Hanuman, as depicted in the Ramayana. The mesmerizing event is held twice a week on Tuesdays and Saturdays at 8.15 a.m. and 8.15 p.m.

It is said that before this Hanuman temple, there existed a small Dhuna (Vessel of sacred ash) of Shivji and a small idol of Hanuman here. Departed Mahant Nagababa Sevagir ji Maharaj used to tell his disciples that he used to do penance here and once Lord Hanuman appeared in his dreams and expressed His wish for His grand statue here. After this dream, he started working on the project to construct a temple here. 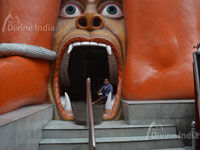 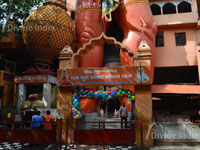 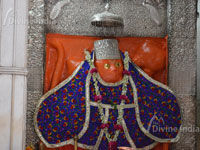 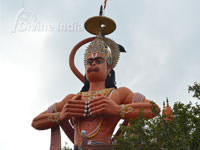 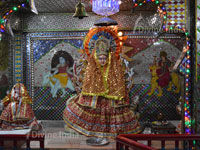 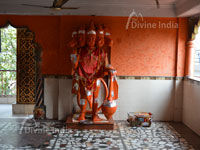 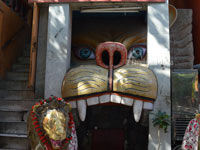 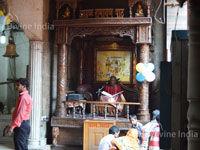 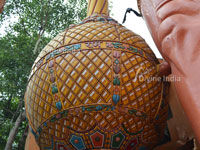 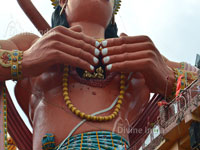 Blog/Story
Can I Donate Something