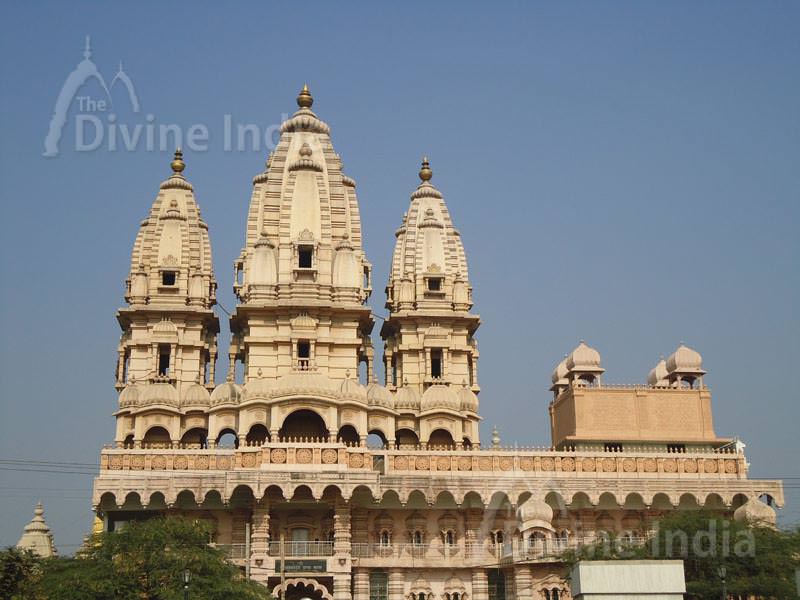 Shri Adhya Katyani Shakti Peeth Mandir or Chhatarpur Mandir is a Hindu temple dedicated to goddess Katyayani. The temple is located in South Delhi-Chhatarpur , just 4 km away from Qutub Minar. The goddess Katyayani, a part of Navadurga, is considered to be the sixth avatar of goddess Durga. Devotees from all caste and creed are welcomed here.

The Chhatarpur Mandir was founded by Sant Shree Nagpal Ji in 1974, who died in 1998. His samadhi shrine lies in the premises of the Shiv-Gauri Nageshwar Mandir within the temple complex. The temple has been built in both south and north Indian style of temple architecture. The temple is constructed totally from marble. The temple complex spread over 70 acres and has over 20 small and large temples divided in three different complexes. The Temple premises features a Shayan Kaksha(bed room) of Navadurga where a bed, dreesing table and a meeting table with nine chairs, all made up of pure silver are present. The temple complex also have other temples dedicated to Lord Ganesha, Lord Rama, Lord Hanuman and Lord Shiva. The house where Baba Nagpal Ji spent his last few days was recently converted into a museum and have all the items that were used by him throughout his lifetime. Devotees attend the Chhatarpur Mandir in huge numbers during Navratri celebrations and have pleasing experience.