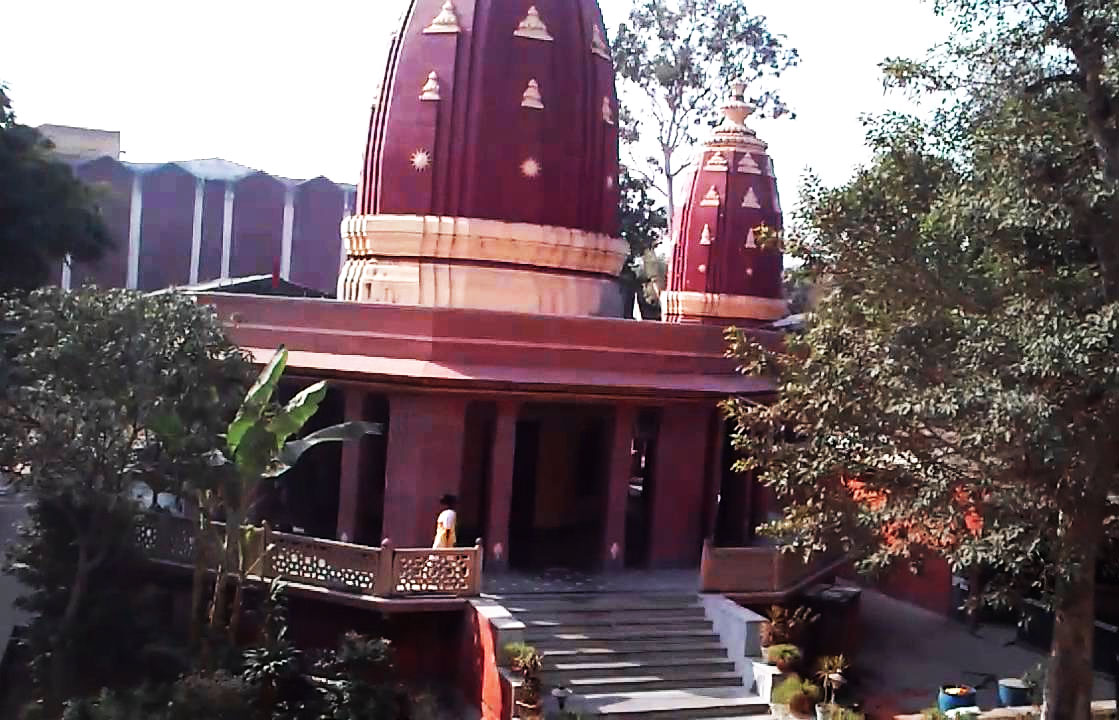 The Kali Bari Mandir is a Hindu temple especially for the Bengali community. This temple is dedicated to Goddess Kali, the temple is located at Mandir Marg, New Delhi and the capital of India. This temple is very close to the Laxminarayan temple. This temple was established in 1930.

This is a small temple of Goddess Kali. The idol of Goddess Kali in this temple has been made like the statue of Kalighat Kali Temple of Kolkata. The Committee of the Temple was formally formally inaugurated by Subhash Chandra Bose in 1935, and the first temple building was inaugurated by Sir Justice Manamatha Nath Mukherjee. After this, the Authority established a building for visitors and guests. Room or hostel facilities are also provided for Bengali tourists to stay here. Delhi is an old and rich library in Kalibari.

Durga Puja celebrated in Kalibari, Delhi is one of the oldest Durga Puja in the city. This was the first time that Durga Puja was in 1925. The original temple of Kali Bari was situated on the Baird Road (today's Bangla Sahib Road), where the local Bengali community used to gathered for the annual Durga Puja. After 1931, due to some reason, this temple was shifted to the present temple place. This today has become the nodal point for hundreds of worship committees in Delhi, and is widely respected in Bengalis of Delhi. In Delhi, Durga Puja was started on 1910 Kashmiri Gate which was organized by Durga Puja Samiti. Timarpur puja organised by the Timarpur and Civil Lines puja samiti, estd. 1914.

The Durga Puja festival is celebrated in Kali Bari by the traditional style, which includes traditional Ekaladhar Thakur (one frame for statues) and Shilal Kaj. Even in Pooja rituals there has not been any change since 1936 till today. Traditional competitions Ravindra Sangeet and recitation are still being organized. Artisans are brought from Kolkata to make Puja Mandal.

The Kali Bari Temple should be specially done during the festival of Durga Puja, which is held every year during the months of October and November. During the Durga Puja Festival, a spiritual enthusiasm in the temple is transformed into the center and with the devotional prayers and colorful festivals, the temple environment becomes magnificent. There is a huge peepal tree in the base of the temple, which is considered very sacred by all devotees. The devotee is often tied around a tree trunk of a red thread and the devotee binds to fulfill his desire and when the devotee's desire is fulfilled then red thread is opened later.