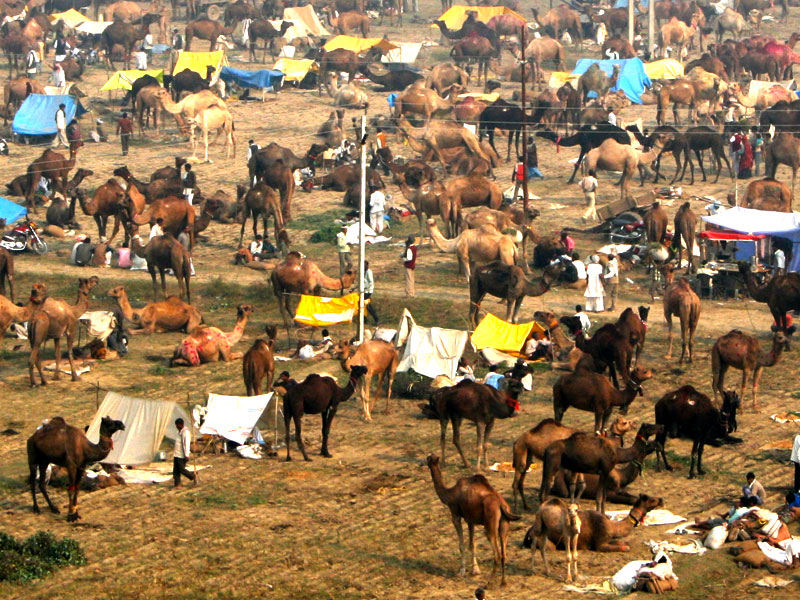 The name of Bateshwar Nath comes in the ancient religious places of India. This place is named after Lord Shiva. Bateshwar is situated at a distance of 70 km from Agra (Uttar Pradesh) on the banks of river Yamuna. Bateshwar is one of the oldest villages with a rich history. It is one of the important spiritual and cultural centers in India. Places of Bateshwar are known for 101 Shiva temples situated on the banks of Yamuna and Shauripur. The famous Bateshwar fair is held at Betheswar, the spiritual and cultural center of the state.

Every year an animal fare is organised here in the month of October-november. One of the names of Lord Shiva i.e. Pashupati signifies this animal fare. This fare is famous in India as well as all over the world. Tourists from different part of the world come here to see and enjoy the event.

This animal fare event comprises of three stages. In the first stage, Camels, horses and donkeys are sold and in the second stage cow and cattle are sold. The third stage ends the fare with cultural programmes. The animal sellers start reaching this place one week before the start of the fare. Many animal races are also organised during the event.  This small town of Bateshwar provides peace in the hectic lifestyle. This place has also become one of the tourist place for Hindus and Jains.

About the Bateshwar Fair