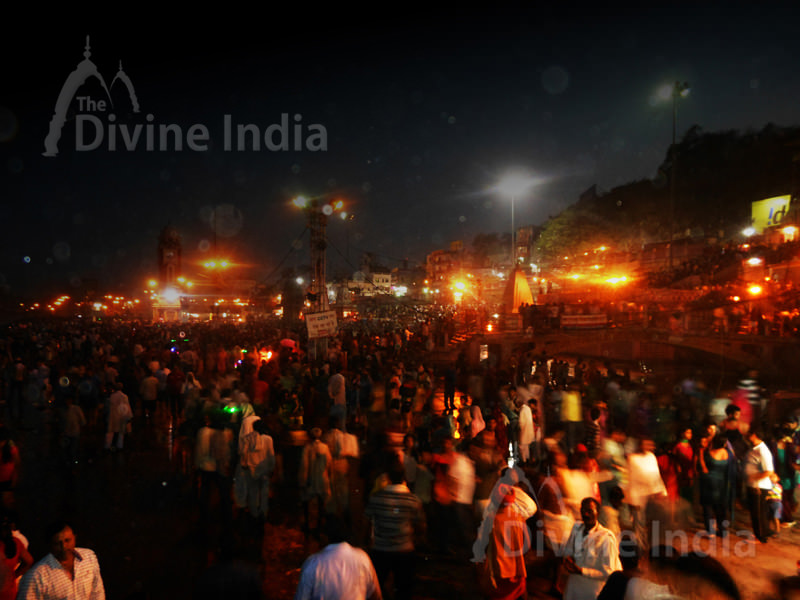 The Kumbha Mela is the biggest fair in India. In this fair, millions of pilgrims from India and aborad gather to take collective bath in the sacred river. Kumbha mela is composed of two words: Kumbha means a pot and Mela means impartial. It is believed that this fair is the biggest fair of Hinduism. This fair is biggest congregation of religious pilgrims in which about 1 billion people participate.

The Kumbha mela is organised at four places in India at Haridwar in Uttrakhand, Nashik in Maharashtra, Ujjain in Madhya Pradesh and Allahabad in Uttar Pradesh.

Ardh Kumba fair is also organised at two places Haridwar and  Allahabad at an interval of six years each. The preparations for the fair start six months in advance so as to provide the pilgrims with all the amenities and facilities.

The fair is organised for 45 days at all the places. It is said that Amrit or nectar came out from the churning of the sea by the Gods and devils. After that  there was a big fight between  the Gods and Devils to get the amrit.  During this fight, once drop of amrit fell at each of  these four places. The Hindus take bath at these places to get rid of their sins.

The first ever description of the Kumbha mela is found in medieval Hindu scripture Shri Bhagvata Purana. The churning of the ocean finds its mention in Shri Bhagvata Purana, Shri Vishnu Purana, the Mahabharata and The Ramayana. Although the kumbha mela is organised since ages, the first written description is found in the writings of Chinese Buddhist monk Xuanzang or Chen Hui or Chen Yi who visited India during the reign King HarshaVardhana.

The fair is organised according to Nakshatras. First of all the saints and sages are given priority to take the holy bath which is further divided into three stages and then the pilgrims arrived from different part of the world take bath in the holy river.

Each site's celebration dates are calculated in advance according to a special combination of zodiacal positions of B?haspati (Jupiter), the Sun and the Moon.

Kumbh Mela at Allahabad
when Jupiter is in Aries or Taurus and Sun and Moon are in Capricorn during the Hindu month of Magha (January-February).

Kumbh Mela at Haridwar
when Jupiter is in Aquarius and Sun is in Aries during the Hindu month of Chaitra (March-April).

Kumbh Mela at Ujjain
when Jupiter is in Leo and Sun is in Aries, or when all three are in Libra during the Hindu month of Vaisakha (April-May).

Kumbh Mela at Nasik
when Sun and Jupiter are in Leo during the Hindu month of Bhadraprada (August-September).