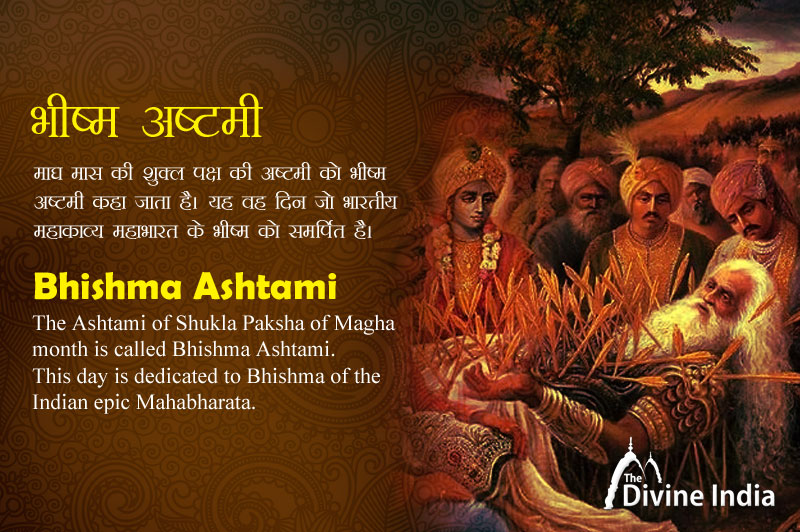 Hinduism holds special significance for Bhishma Ashtami, this day is celebrated as a festival in Hinduism. The Ashtami of Shukla Paksha of Magha month is called ‘Bhishma Ashtami’. This day falls during the months of January and February. This day is dedicated to Bhishma of the Indian epic Mahabharata. Bhishma was known as 'Ganga Putra Bhishma' or 'Bhishma Pitamah' but Bhishma's original name was 'Devavrat'. Bhishma was the son of Maharaja Shantanu and his mother was Ganga, hence Bhishma is known as 'Ganga Putra'.

Maharaja Shantanu had given this boon to his son Bhishma that he could choose the day of his death himself. Bhishma had taken a vow that he would never marry and would remain faithful to his father's throne.

What is Bhishma Ashtami?

Bhishma left his body on the Ashtami day of Magh Shukla Paksha of Hindu month. This was the day, which is called the day of the gods. Bhishma Pitamah left his body on the auspicious day of Uttarayan, i.e. the day Lord Surya started moving towards north after completing the six-month period of Dakshinayana. It is believed that if a person dies during Uttarayan, he goes to heaven.