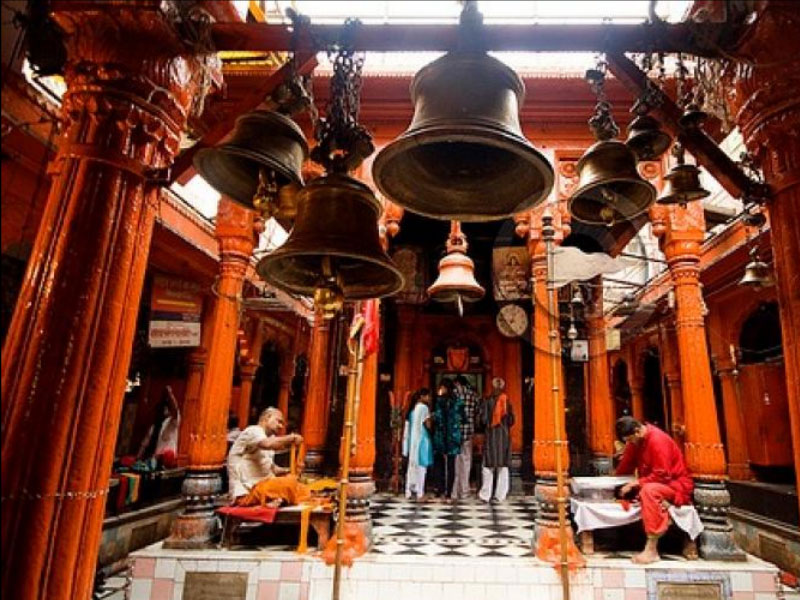 Kaal Bhairav Temple is a Hindu temple located in Varanasi in the Indian state of Uttar Pradesh. This temple is the oldest temple in Varanasi which is completely dedicated to Kaal Bhairav, the fiery form of Lord Shiva. Kaal means 'death' and 'time'. It is said that Lord Shiva wore this form only when one had to be killed. Varanasi is also called Kashi. Because Kashi was a very dear city of Lord Shiva, therefore Lord Shiva appointed Kaal Bhairav as Kshetrapal. Therefore, Kaal Bhairav also has the right to punish the people of Kashi. The sanctum sanctorum of the temple has a silver idol of Kaal Bhairav, which is the vehicle dog of Bhairava, but there is aberration.

It is believed that Kaal Bhairav, Lord Shiva, had appointed the Kshetrapal of Kashi. To protect the body of Mother Sati. A part of the body of Mata Sati fell in Kashi in Pind form, which is one of the 51 Shakti Peethas of Mata. The place where the body part fell. The place is known as the Vishalakshi Temple.