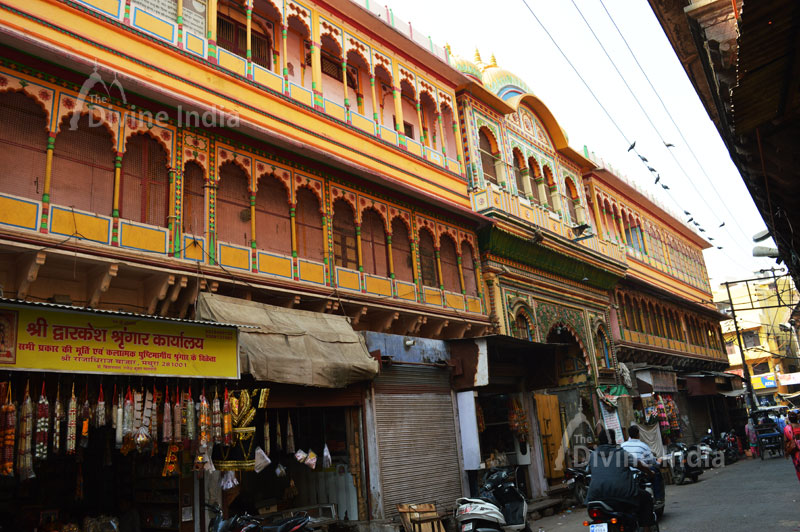 The Dwarkadhish temple is a Hindu temple dedicated to the Lord Krishna. Dwarkadhish Temple is one of the major pilgrimages of the Hindus. The temple located in the city of Mathura in Uttar Pradesh, India and along the Yamuna River which is on the edge of the city's main (Vishram Ghat) pier. The temple is famous in northern India and its current structure was established by Seth Gokul Das (the treasurer of the Gwalior Estate) in 1814. In 1930, the temple was gifted to Pustimarga Girgharlal Acharya ji, from Kankroli for worship service and since then Lord Krishna was worshipped according to them. Lord Krishna worshipped here by the name Dwarkadhish, or 'King of Dwarka'  and thus name was given to the temple. The main attraction of the temple is the beautiful deity of Lord Krishna which is made up of black marble and deity of Radharani, made up of white marble.

The temple is having a good large premises with the main building enclosed by a magnificently carved Rajasthani style entrance with steep steps leading to temple courtyard. The temple has the images of all gods and goddesses. The temple complex is very beautiful and attractive.

The temple welcomes thousands of visitors and people from all over the country come to this sacred shrine to receive the blessings from the Lord.At the time of festivals (Holi and Janmashtami) increases the congestion here. A ‘Hindola’ festival is celebrated in the rainy month of Shravan (Occurring in July/August).The temple in this duration is beautifully decorated with flowers and lights. The temple is also known for Swing (Jhoola) festival and is celebrated at the end of Shravan month and it is also the beginning of rainy season. During this period Lord Dwarkadheesh is placed in beautifully decorated silver and golden Jhoola (swing) for special darshan. 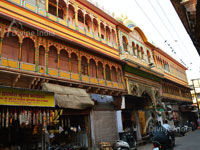 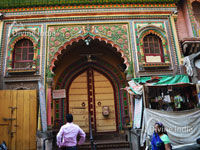 Other Krishna Temples of Uttar Pradesh