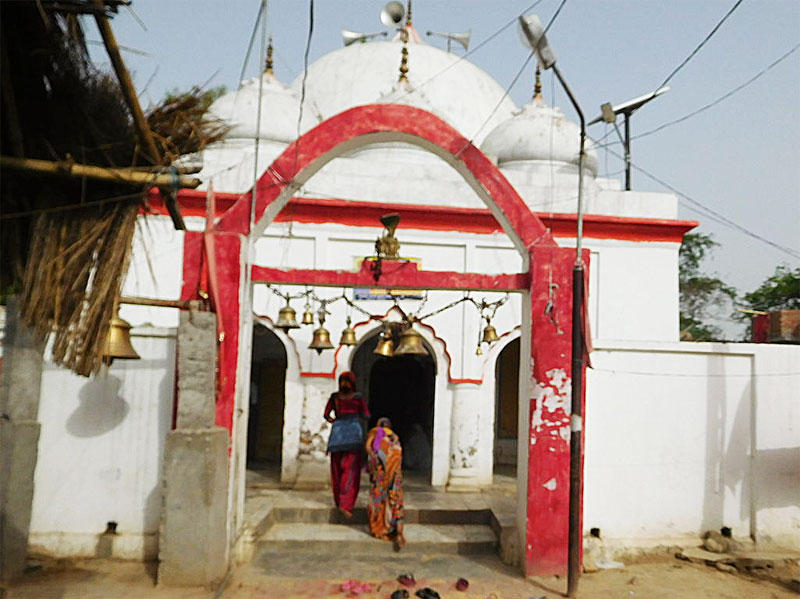 Waneshwar or Vaneshwar Mahadev Temple is an ancient temple dedicated to Lord Shiva. Temple is located at Bunipara village, Kanupar, Uttar Pradesh, India. This temple is a center of faith for people of India and around. It is believed that this temple was founded by the monster Rajasur.

It is also believed that this place was the capital of the monstrous wanasur. Vansasura, the son of the goddess Bali, had established a huge Shivling in the temple. This temple was destroyed after the war between Shrikrishna and Vansasur.

Parikshit's son Janmejay rebuilt it and named this temple named 'Wanpura Janmejay'. After a while in the local language it was named Banipara Jinayi. The statue of Shiva pond, Usha Burj, Vishnu, near the temple, authenticates the mythology.

It was believed that in the Satyuga, the daughter of Raja Vijeshwar was the first to worship here and since then, the secrecy of today who has been worshiping here in the morning on this morning is still intact.

People from around the world say that in the morning Shivalinga worship is done in the temple for thousands of years. The people here believe that after having fast on the occasion of Savannah, offering water to shiva here only fulfills the desires of the people.

Mahashivaratri festival is special in the Vaiseshwar temple. Fifteen days are organized during the festival. Devotees of Kanpur Dehat take the Ganges water, worship of Jalaun, Hamirpur and Banda, after Lord Shiva of Vaisheshwar, goes back to the Lodheshwar temple.

Within Kanpur, the district is situated at a distance of 7 kilometers north of the Rura town on the Rura -Rasulabad road, on which the Vaiseshwar Mahadev Temple is situated. It is connected to Kanpur by the Vaishali road. This temple is 8 km away from Kahinji.