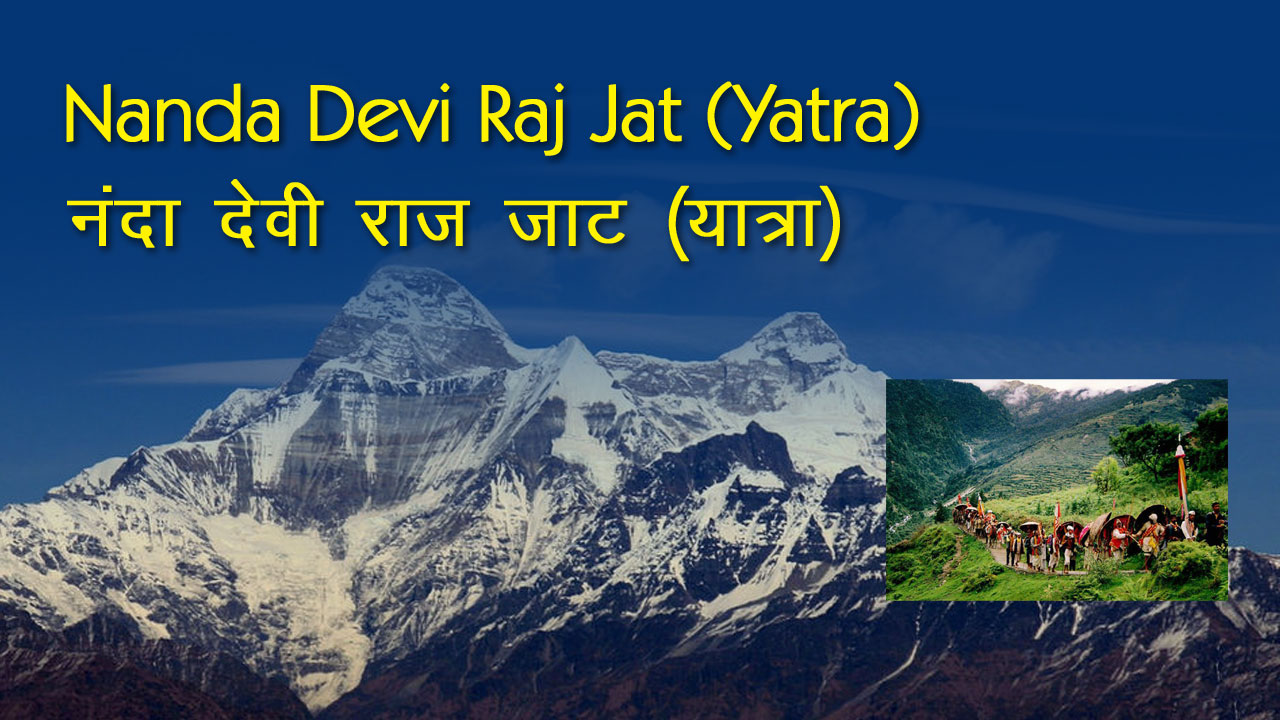 The Nanda Devi Raj Yatra is organized once in 12 years. The major areas related to Nanda Devi Yatra include three major districts of Uttarakhand - Pithoragarh, Almora and Chamoli. The pilgrims participating in this journey travel on foot which covers a distance of about 280 kilometers. This journey is completed in about 19 to 20 days. This journey is called the most difficult pilgrimage in the world. During this journey, forests, mountains and rivers are crossed by difficult paths.

The journey starts from the village of Nauti near Karnaprayag and travels to the heights of Roopkund and Homkund with four horned sheep. When the journey ends after the havan-yajna ends, the four-horned sheep is freed from decorated ornaments and clothing, and other offerings are released.

An annual Nanda Jat of Nanda Devi Jat is also celebrated. The Raj Jat procession passes through the villages where there is a recognized Nanda Devi temple. In Koti, the pilgrims participating in the yatra have a night stay where there is worship and celebration throughout the night.

However, in the Johar Valley region, there is no tradition of Nanda Raj Jat, but the ritual of worship, dance and gathering of Brahmakamal (it is called Kaul Kamphu) is part of the Nanda festivities. Nanda Devi's fair is organized in the remote villages and Pindara valleys of Almora, Nainital, Kot (Dangoli), Ranikhet, Bhowali, Kichha and Lohar. In the villages of Pinder Valley, people celebrate Nandadevi Jat (yatra) every year, while in Lohar people from far and wide come to Danadhar, Suring, Milam and Martoli to worship the Goddess. In Nainital and Almora, thousands of people take part in the procession carrying the doli of Nanda Devi. The Nandadevi fairs are said to have started in Kumaon during the reign of King Kalyan Chand in the 16th century. A three-day fair is held at Kot Ki Mai or Kot Bhramari Devi. The fair of Saneti comes every other year. Both these fairs are rich in folk expressions, and many village products are brought up for sale.