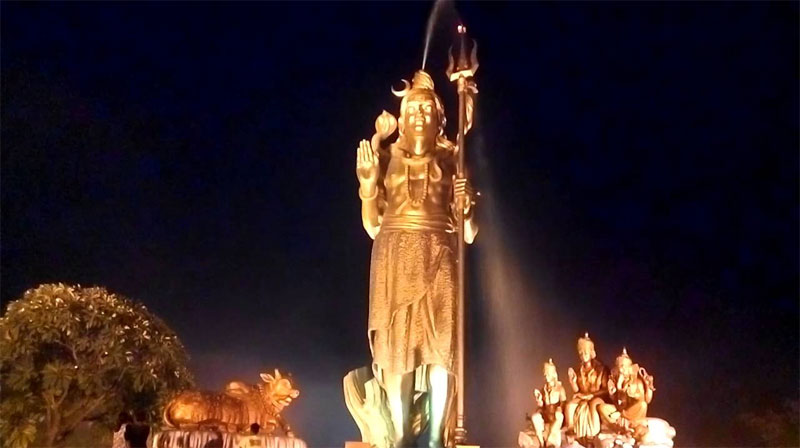 Mangal Mahadev Birla Kanan Temple is a Hindu temple. That is the situation in Shivaji Marg, Rangapuri, New Delhi. Mangal Mahadev Birla Kanan Temple is famous for the huge statues of Lord Shiva and other Deities. It is built in approximately 200 acres of land, where there is a feeling of immense peace. When this temple goes from Delhi to Gurgaon NH-8, the temple can be seen on the way, and the huge idol of Lord Shiva in the temple can be seen from NH-8.

Mangal Mahadev is a huge statue of Lord Shiva in the Birla Kanan temple, which is about 100 feet high. Apart from Lord Shiva this temple is also Mother Parvati, Kartikeya, Nandi Bull, Sita Ram, Radha Krishna and Lord Ganesh idol. All these idols are vast and bronze. Due to which the temple looks very beautiful and amazing. A lot of cleaning is done in the temple premises. Gardens are on both sides of the temple, among which there is a way to go to the temple premises. The gardens is very beautiful made by temple organisation. In the spiritual atmosphere of the temple, peace of mind and heart is provided to the devotees.