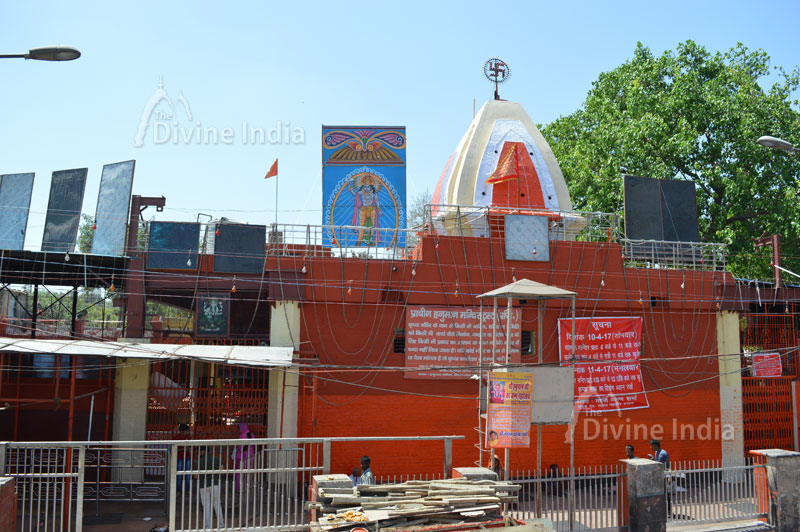 The temple is near to Old delhi railway station. The temple is one of the oldest temples of Delhi. It is still not clear who built this temple but there exist many stories related to its creation.

It is believed that Marghat Hanuman temple is one of the five temples built by Pandavas during Mahabharat era. In this temple, the statue of Lord Hanuman is about 7-8 feet below the ground. Earlier this temple was located on the banks of the river Yamuna. With the passage of time, the water level of river Yamuna receded and the temple went away from the banks.

According to legend, Hanumana rested here for sometime while he was going to bring Sanjeevani for Lakshamana. There used to be  a cemetery at this place at that time and the the river Yamuna used to pass from here. That why this temple is called 'Marghat Temple'.

It is also believed that this temple has Swayam-bhu of Lord Hanumana which means that Hanumana himself had appeared here. It is also said that the whenever the water level of river Yamuna increases, then the water comes into this temple and the idol of Hanumana gets submerged in the water to shoulder level. There is a temple of Peepaleshwar Shani dev near to this temple which was built in 2002.

A large number of devotees visit this temple especially on Tuesday and Saturday during which the devotees have to wait for 1-2 hours to offer prayers to the diety. Hanumana Jaayanti is celebrated at grand level here  which includes some cultural events also. The temple remains open for whole day during Hanumana Jayanti. 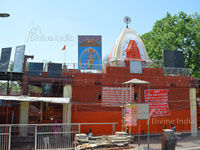 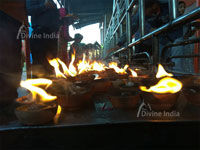 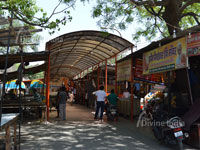 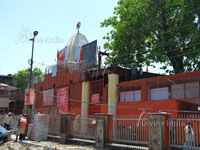 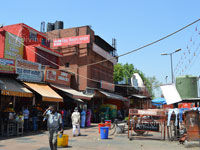