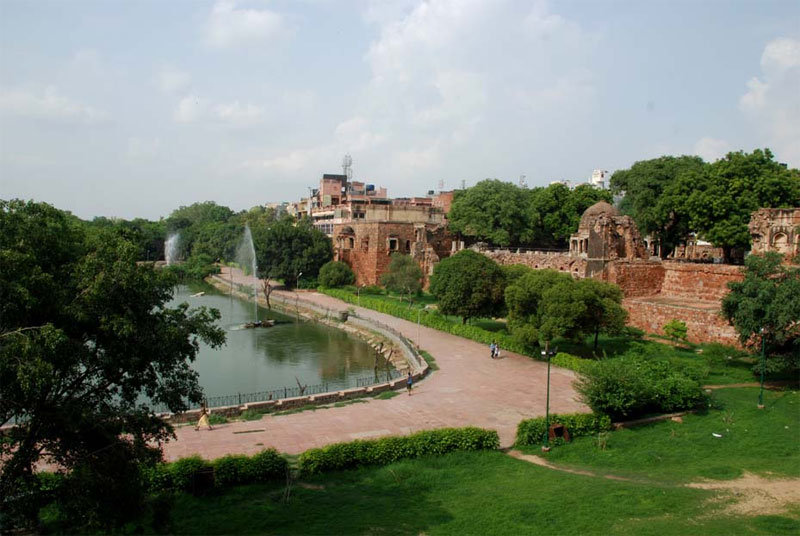 Deer Park is a park located in south Delhi, which is one of Delhi's main parks. Deer Park is also known by the name A. N. Jha. The name of this park was named after the famous social worker Aditya Nath Jha. Deer Park is located in Hauz Khas Delhi. The park is popular for yoga, jogging on morning, and it's also famous for picnic. There is also a large lake inside Deer Park. The maintenance works of Deer Park is done by the Delhi Development authority. The park is placed approximately 60 acres of land. There are different places and instructions for spending in the park.

This is called Deer Park because it has actually large number of deer inside the park. A large fence is made in the park where the deer to move around and a play with each other, there is an occasional friendly fight and the audience, especially learning for children and providing fun experiences.

There are different parts of the park, such as the Rose Garden, Dear Park, Fountain and District Park, the historic buildings and the Hauz Khas art market. All of this can be enjoyed. Seeing at this place, nobody can believe that this is such a beautiful park in the center of Delhi. There are also historical tombs of the Mughal period in the park. Apart from this, Park has a beautiful restaurant 'Park Baluchi', which is the perfect place to enjoy one day.