Do you know? 8 such people will live till the end of the earth. 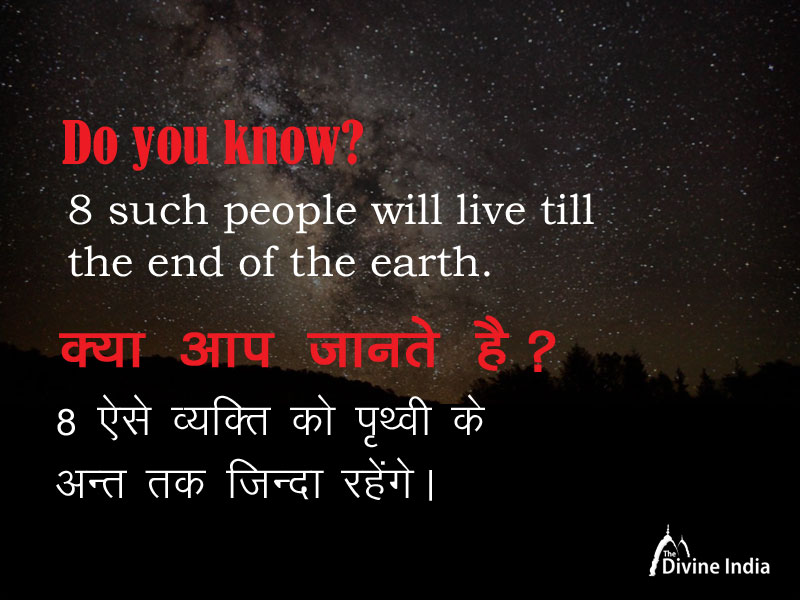 There are 8 people who were born on earth and live till today. It should be said that he is immortal. Immortality is also called Chiranjivi hono. There are eight immortal creatures in Chiranjeevi Hinduism, which have to survive on earth till the end of present Kali Yuga.

The meaning of the word Chiranjeevi is understood by the combination of the word chiram, or 'permanent', and the combination of life, or 'living'. It is similar to immortality, which signifies true immortality. At the end of the last Manvantara, a demon attempted to become immortal by swallowing the sacred pages of the Vedas, as they escaped from the mouth of Brahma. The scripture was received by the first incarnation (Matsya) of Lord Vishnu. The incarnations of Vishnu (Narasimha and Rama) also later confronted and killed two other asuras, Hiranyakashipu and Ravana, who attempted to become immortal through the orders of Lord Brahma and Lord Shiva respectively. In one sense, immortal can mean 'living eternally until the destruction of the universe'.

8 such names of a person who is chirgivi or immortal, we understand it by one verse: -

By remembering them in the morning, all the diseases are eliminated and man attains the age of 100 years.

Blog/Story
Why did the tail not burn even when there was a fire on Hanuman's tail?