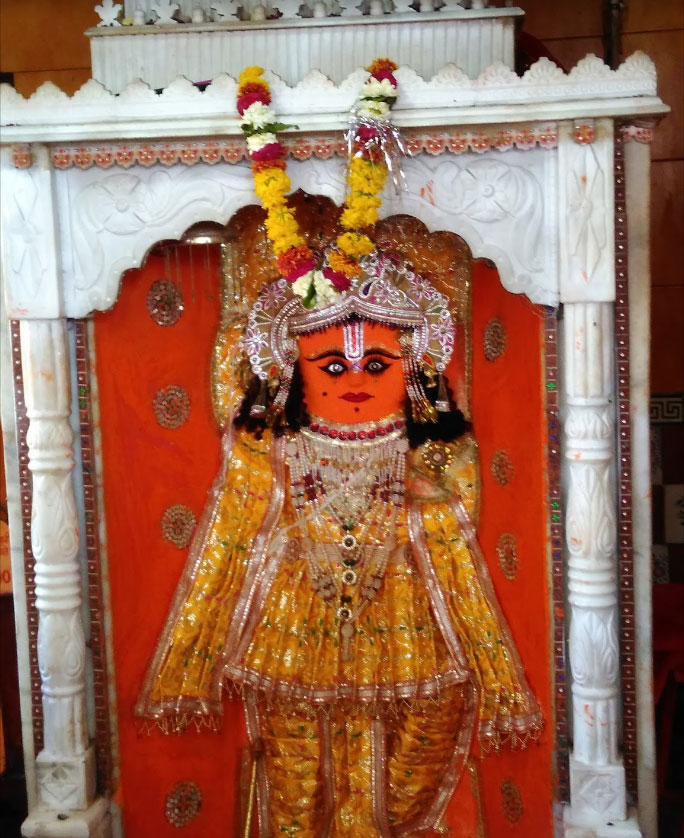 A feature of this temple is that the idol of Lord Hanuman is in the dance posture, which is not in any temple in India. Bhandara is held on every Tuesday in this temple and every Saturday a fair is organized in which thousands of devotees take part.

According to Mahant Param Sri Sri 1008 Mahamandaleshwar Ramdas Maharaj Ji of Dandraua Temple, the idol of Lord Doctor Hanuman ji is 500 years old and this divine statue was found in a pond. Kunwar Amrit Singh Gurjar (known as Mite Baba) got established in the temple here. From then on the worship of the idol started.

It is believed that Lord Hanuman in this temple treats all his devotees as doctors. It is said that Shivkumar, a monk, had become cancer. The monk came to this temple to see Lord Hanuman and get rid of his disease. Hanuman ji appeared to the sage Shivkumar as a doctor and treated him. The monk was freed from his cancer disease. In this temple, millions of people come to get rid of their own diseases. Many people have also become free from their diseases. It is said that no devotee returns empty handed from this temple.

Statues of Ram Darbar and other goddesses are also installed in the temple premises. Hanuman Jayanti and Ramnaviya are special temple festivals. Which is celebrated with a lot of joy.