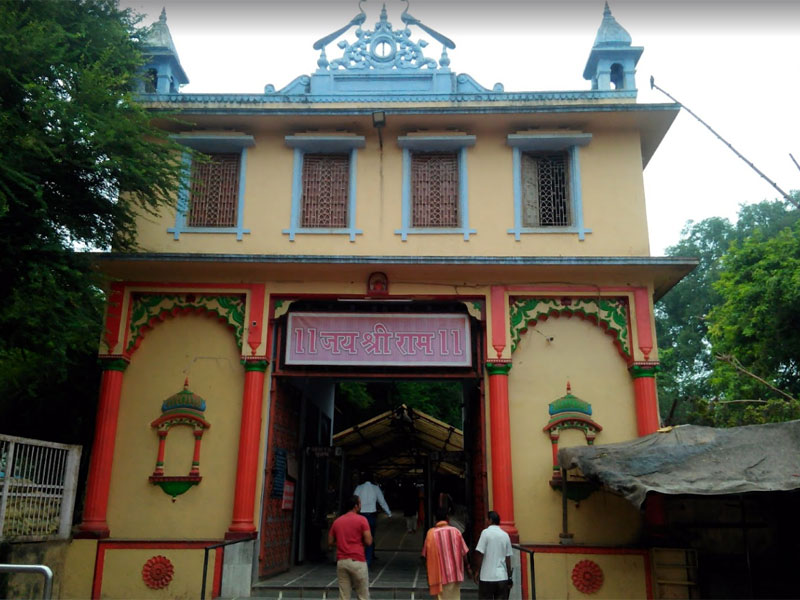 Sankat Mochan Hanuman Temple is a Hindu temple located in Varanasi in the Indian state of Uttar Pradesh. This temple is completely dedicated to Lord Hanuman. Lord Hanuman is called Sankat Mochan. Which means, the loser of crisis and sorrows. Laddus made of pure native dhi and gram flour are offered in the temple as offerings. Which is got in the temple premises itself.

The name of this temple comes in the sacred and famous temples of Varanasi. The specialty of the temple is an idol of Lord Hanuman installed in it. Which is made of clay and this idol of Hanuman is looking at Lord Shri Ram. Sankat Mochan Hanuman Deity is in the right line of Shri Rama and Sita ji. This temple is built on more than one acre of land. There is also a water well inside this temple. Whose water the devotees drink.

It is believed that the Sankat Mochan Hanuman temple remains at the same place where Lord Hanuman had come in the dream of Mahakavi Tulsidas. This temple was founded by Mahakavi Tulsidas ji. Tulsidas ji wrote Ramcharitmanas. The temple was rebuilt by the founder of Banaras Hindu University, Shri Madan Mohan Malviya in 1900 AD. This temple is located near Tulsimanas and Sri Durgo Kund Temple.

On 7 March 2006, an explosion in terrorist attack took place in the Sankat Mochan Hanuman temple. The explosion took place at a time when devotees were performing aarti to Lord Hanuman. But from next day onwards, the Aarti Puja of Hanuman ji was started in the temple by the devotees. This temple had become quite famous since the explosion. In the premises of the temple, a police checkpoint has been set up to protect the temple.

The operation of the temple is done by the Sankat Mochan Foundation. This institution was founded in 1982 by Shri Veer Bhadra Vishra, the head of the temple.