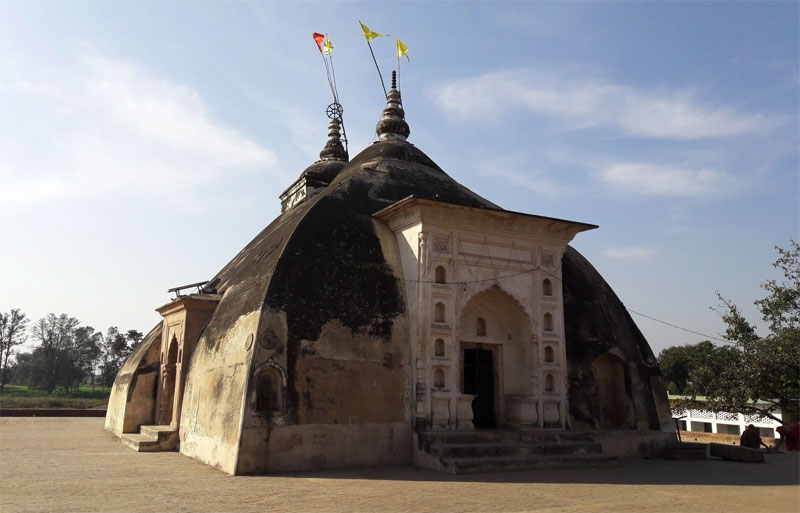 Jagannath Temple is one of the main temples of Kanpur. The temple is situated in the village of Behta, Kanpur, Uttar Pradesh, 3 kilometers away from the Vikaskhand. Jagannath Temple is an ancient temple having statue of Lord Jagannath, Baldao and Subhadra situated, made by black stone along with statues of Sun and Padmanabham. One of the main attractions of temple is that it is said to predict rains 7 days in advance.

It is believed that, in the scorching summer, 7 days before the commencement of rains, water starts dripping from the roof of the temple. With the help of this farmers get estimates of rain and they complete their farming tasks within the desired time. The most unique thing is that the drip from the temple is similar to a raindrop. At the time of a rainy day the temple's interior ceiling is completely dry.

Archaeological department has conducted surveys many times to know the history of the temple but information about the age of the temple dilapidated condition could not be found. According to archaeologist scientists, the temple was last Reconstructed around 11th century. It is believed that the temple was constructed in the era of Chakravartin Emperor Harshavardhana due to the peacock's mark and the chakra becoming outside the temple. The size of the temple is like a Buddhist monastery and the walls of the temple are about 14 feet thick.

Like Jagannath Puri, the people of Lord Jagannath's Rath Yatra are also carried out by local’s people.