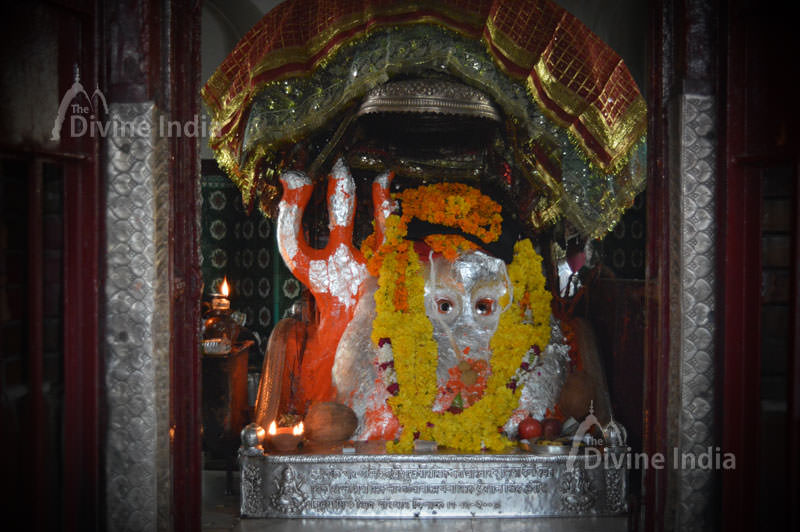 Batuk Bhairav Nath temple is a Hindu temple dedicated to Bhairav God. The temple is located at Nehru Park, Chanakya Puri, Delhi. This temple falls under the category of most important  temples of Delhi. The temple is estimated to be 5500 years old. The construction and design of the temple is not so old because the temple has been regularly renovated from time to time. It is believed that temple was built by Pandavas during the Mahabharata time. Because of this reason, the temple reflects the ancient heritage of the Delhi city. The devotees throng the temple throughout the year especially on Sundays.

There are two temples  dedicated to Bhairav Nath which were built by Pandavas in Delhi.  First is Batuk Bhairav Nath temple and the other is Kilkaari Baba Bhairav Nath temple which is located outside Purana Qila and in front of Pragati Maidan. Both of these temples are linked with each other in their history.

Batuk Bhairav Nath temple has only the face of Bharon Baba. There are two big eyes on the face. In the temple alcohol or milk and jagerry are offered to Bhairav Baba and the Prasad is distributed among the devotees. It is believed that all the offerings to Bhairav baba in liquid form flow down to the well below the temple.

It is said that the Pandavas organized a havan to protect their fort but the havan was disturbed by the demons again and again. Then Lord Krishna suggested them to establish Bhairav Nath baba in their fort as Bhairav Baba is the lord of the demons. Then Bheem went to Kashi, Varanasi to bring Bharon Baba to Indraprastha. Bheem worshipped Him and requested  him to come along with him to their fort. At this Bhairav baba put a condition before Bheem that He will settle at the place wherever Bheem puts them at first and would not move ahead.

Bheem accepted this condition and carried Bharon Baba on his shoulders and started moving towards the fort.  Bhairav baba showed his maya while entering into the city and forced Beema to put Him down.  Bheem again worshipped Bhairav baba and requested him to move ahead but Bhairav baba declined his requests. Bheem told Him that he had promised his brothers that he would bring Him to the fort but Bhairav baba was adamant on His condition and did not move from there. Bhairav Baba then cut his hair and gave it to Bheem and asked him to establish his hair in the fort. Bhairav baba further told Bheem that He would protect the fort from that place only using his sound of joy and since then the place is known as Kilkaari Baba Bhairav Nath temple.

Blog/Hinduism
The glory of chanting the name of God