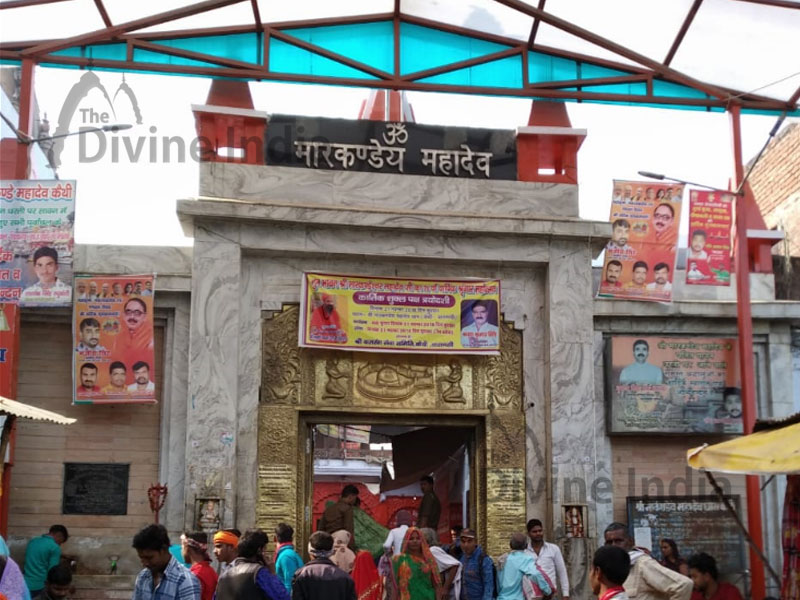 Markandey Mahadev Temple is one of the famous temples of Lord Shiva. This temple is situated in Kaithi village, 30 kilometers from Varanasi city of Uttar Pradesh, India. From Varanasi to Ghazipur highway, Kaithi village is visited. Lord Shiva is totally dedicated to this temple. Shri Markandeshwar Mahadev Dham is one of the main deities of the Purvanchal. Markandeya Mahadev Temple is one of the religious places of Uttar Pradesh. This Dham, which is equivalent to Dwadash Jyotirlinga, has also been discussed in Shri Markandeya Purana. People with different types of problems come here to overcome their grief. This temple is also called Mahamrityunjaya temple.

According to legend, there was a couple named Mrikandu and his wife Marudavati. They were devotees of Lord Shiva and they had no children. He decided to worship Lord Shiva and one day Lord Shiva was pleased with his adoration and gave his vision to both. The couple requested Lord Shiva to get children. Lord Shiva said that children do not have happiness in your married life. Because you have worshiped me, therefore, there are two options in front of you that the normal son whose age is long or the extraordinary son whose short life, his age will be only 16 years. The couple requested Lord Shiva to get an extraordinary son.

After some time, Marudavati gave birth to a baby and named it "Markandeya" (meaning son of Mrikandu). He was extraordinary and God gifted the child and became very intelligent in childhood. He was always dedicated to Lord Shiva and the master of Mahamrityunjaya Mantra. When he completed his 16th year, Yama (God of death) came to earth to take them. At that time, Shiva was worshiping in the Markandeya temple. When Yama asked him to go with him, he was very scared and asked Lord Shiva to protect him. Yama threw his rope on the boy and after some time Lord Shiva appeared in Shiva Linga. Lord Shiva was very angry with the rude behavior of Yama. Lord Shiva saved Markandeya's life and blessed him with everlasting life, and also said that he would remain forever for sixteen years. On that day, Lord Shiva had announced that his devotees would always be safe from the rope of Yama. The fierce presence of Lord Shiva (which appeared to save Markandeya) is called Kalashmahara Murthy.

At that time, Lord Bholenath told his supreme devotee Marandeya Rishi that whatever devotees from today will come to this temple. He will worship you before me. Since then, this Asthadham has become famous as the Marcandey Mahadev.

Apart from Mahashivaratri every year in the Markandeya Mahadev temple, a number of Kanwaris, baba's Jalabhishek in Savan month. In addition, devotees here are blessed with two Triadshi in the month of worshiping the Lord Bhola Nath.