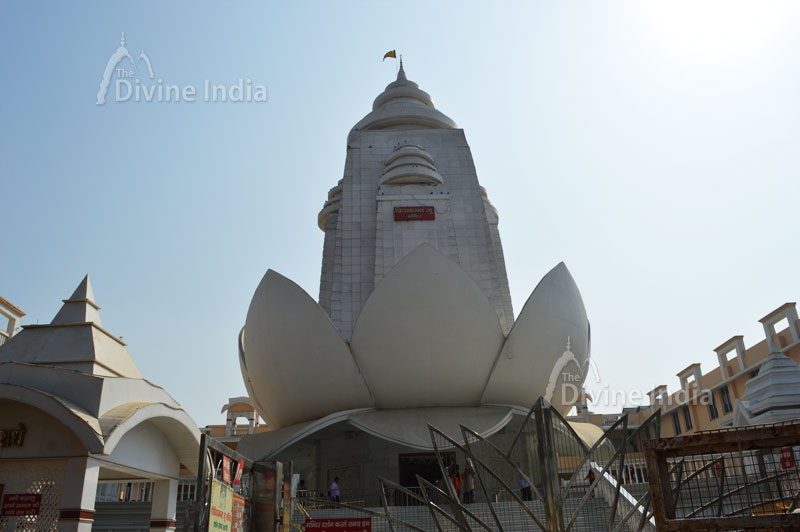 Shri Priyakantju Temple is dedicated to Lord Krishna and the temple ensconced the beautiful and attractive deities of Lord Krishna and Radha.  The theme of the construction of this temple is Radha Krishna, Radharani is in the form of Priya Ji and Bhagwan Shri Krishna takes that of Kant ju giving darshan to the devotees.

The temple is situated in the holy city of Vrindavan in Mathura district, Uttar Pradesh. Built on the structure symbolizing lotus flower, the temple is almost 125 feet high.  The temple is built along roadside and is far above the ground level. The temple is covered with ponds from both sides in which fountains are also fitted. Temples of Lord Ganesh, Hanuman and Lord Shiva are built at the four corners of the temple. Makrana marble from Rajasthan is used in the construction of the temple. The temple reflects a renaissance in the ancient Indian art and architecture.

The Vishwa Shanti Charitable Trust resolved to build the Priyakantju temple in 2007. Shri Priyakant ju temple was established by Shri Devikinandan Thakur, the President of the Vishwa Shanti Charitable Trust in 2009 and it took almost seven years to complete. The first phase of temple construction started in June 2012. Priyakantju Temple was opened for public in February 8, 2016. The temple was inaugurated by Sri Kaptan Singh Solanki, Governor of Haryana.  Lakhs of devotees participated in the inauguration function. 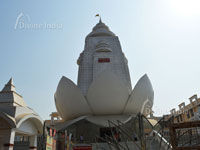 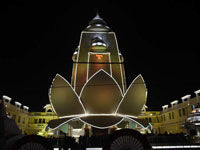 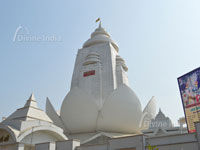 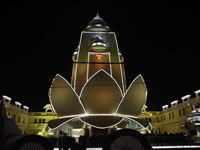