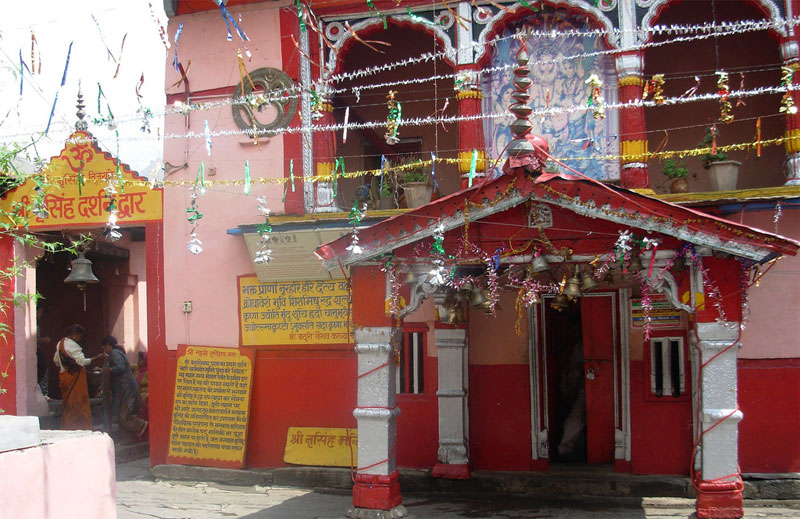 The main idol in Narsingh Temple, which is established in the form of half-a-lion and half-man, is the fourth incarnation of Lord Vishnu. It is believed that the establishment of this temple was done by Shri Shankaracharya. The idol of God Narasimha established in the temple, is made of stone of Shaligram. This statue was constructed during the reign of King Lalitaditya Yukta Pida of Kashmir in the eighth century. It is also believed that this idol of Narasimha Deity is self manifested . The image is 10 inches (25 cm) high and depicts God sitting in lotus position.

When the main Badrinath temple is closed in winter, the priests of Badrinath go to this temple and continue worshiping Badrinath here. There is a statue of Badrinath in the temple, along with the main Narasimha statue.