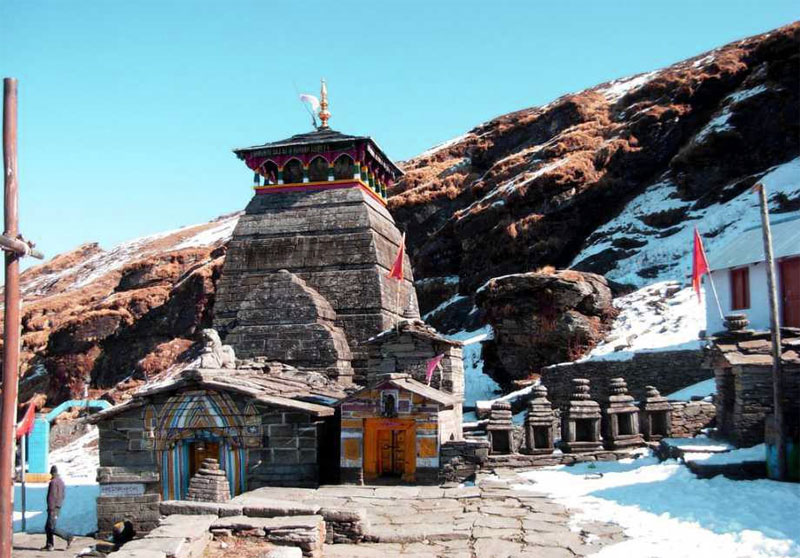 According to a legend, When after the war of Mahabharata Pandavas wanted liberation from their sin, therefore Lord Krishna advised Pandavas that they would get the blessings of Lord Shankar. Therefore, Pandavas reached Varanasi to get the blessings of Lord Shankar, but Lord Shankar left Varanasi and hide in Guptkashi because Lord Shiva was annoyed with Pandavas, Pandavas had killed their dynasty. When Pandavas reached the Guptkashi then Lord Shankar reached Kedarnath where Lord Shankar had assumed the shape of the bull. Pandavas discovered Lord Shiva and received blessings from them. It is believed that When Lord Shankar disappeared in the form of a bull, the upper part of their torso appeared in Kathmandu. Now there is a famous temple of Pashupatinath. Shiva's arms appeared in Tungnath, mouth in Rudranath, navel in Madhyamaheshwar, hair in Kalpeshwar and Lord Shankar in the form of the shape of the back of Bull (hump), there is worshiped in Shri Kedarnath. Therefore, in these five places, Shri Tungnath is called Panchkedar.

In the month of January-February, the entire area is covered with snow. About Chopta, British commissioner Atkinson had said that it is useless to be born on this earth that the person who did not see during his lifetime. Even though this expression of Atkinson might seem superficial to some people, but the beauty here is amazing, nobody can doubt it. This visit is not less than a thrill for a tourist.