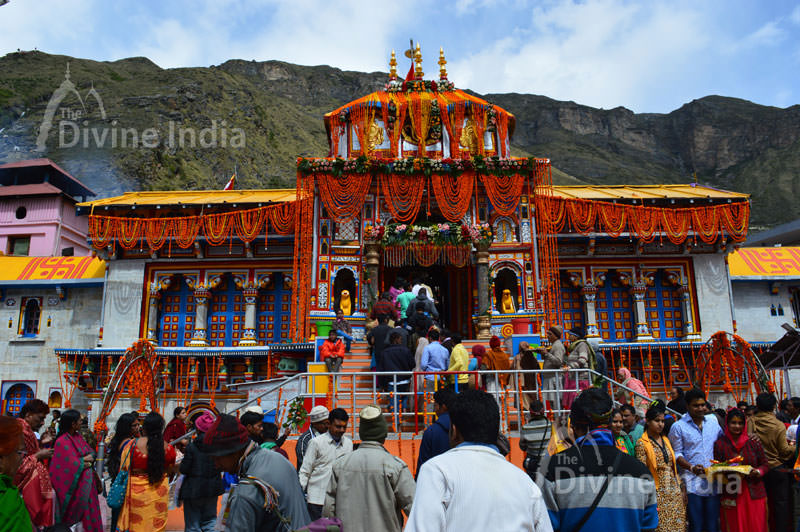 Badrinath temple is a Hindu temple dedicated to Lord Vishnu. It is very ancient temple having mentioned in ancient religious texts like Vishnu Purana and Skanda Purana and also in early medieval Tamil canon like the Divya Prabandha around 6th–9th centuries AD.

Badrinath Temple, also known as Badrinarayan Temple, is one of the holiest pilgrimage place of Hindus having recorded more than 1 million visits annually. The temple is located in Garhwal hill tracks on banks of the River Alaknanda in Chamoli district in Uttarakhand state in North India. The garwal hill tracks are located at an altitude of 3,133 m (10,279 ft) above the mean sea level.

The Badrinath temple is one of the four "Char Dham" and "Chota Char Dham" pilgrimage sites. The temple is also one of the 108 Divya Desams dedicated to Lord Vishnu, Vishnu. It is open for six months every year, between the end of April month and the beginning of November, because of extreme weather conditions in the Himalayan region.

The sanctum has conical shaped roof and is about 15 m (49 ft) tall with a small cupola on top which is covered with a gold gilt roof.

The temple facade is built of stone and has arched windows. A broad staircase leads to the main entrance which has a tall and arched gateway followed by a hall or mandap. The mandap is a large, pillared hall that leads to the sanctum or main shrine area for worship. The walls and pillars of the hall are covered with intricate carvings.

The main shrine houses the 1 m (3.3 ft) tall image of Badrinarayan diety made of Shaligram (black stone).  The statue is considered by many Hindus to be one of eight swayam vyakta kshetras, or self-manifested statues of Vishnu. The diety is housed in a gold canopy under a Badri Tree. The image of Badrnarayan holds a Shankha (conch) and a Chakra (wheel) in two of its arms in a lifted posture. The other two arms are rested on its lap in a Yogamudra (Padmasana) posture.

The sanctum also houses images of the many other dieties. It includes the images of God of wealth - Kubera, sage Narada, Uddhava, Nar and Narayan. There are fifteen more images that are also worshipped around the temple. These include Goddess Lakshmi (the consort of Vishnu), Garuda (the vehicle of Narayan), and Navadurga, the manifestation of Durga in nine different forms. The temple also has shrines of Lakshmi Narasimhar and for saints Adi Shankara (788-820 AD), Vedanta Desika and Ramanujacharya. All the idols of the temple are made of black stone.

There is also a Tapt kund which houses two water ponds in the temple complex. The ponds in the temple are called Narad Kund and Surya Kund.  These are hot sulphur springs just below the temple and are considered to be medicinal. Many pilgrims consider it a pre-requisite to bathe in the springs before visiting the temple.

One of the most prominent festival celebrated in the Badrinath Temple is Mata Murti Ka Mela, which commemorates the descent of river Ganges on mother earth.

Although Badrinath is located in North India, the head priest, or Rawal, is traditionally a Nambudiri Brahmin chosen from the South Indian state of Kerala. The temple was included in the Uttar Pradesh state government Act No. 30/1948 as Act no. 16,1939, which later came to be known as Shri Badarinath and Shri Kedarnath Mandir Act.

The committee nominated by the state government administers both the temples and has seventeen members on its board.

Badrinath Weather - Badrinath Seasons- Best Time to Visit
Due to extreme weather conditions, the temple is open for devotees from April till November only. The ideal time or peak season to go for a Char Dham Yatra is from May to October, except monsoons because of undue threat of landslides in the mountain area. The are is also prone to heavy snowfall whihc may block the passages leading to the shrine. the journey. The temple is reached from Rishikesh, located 298 km (185 mi) away via Dev Prayag, Rudra Prayag, Karna Prayag, Nanda Prayag, Joshimutt, Vishnuprayag and Devadarshini. 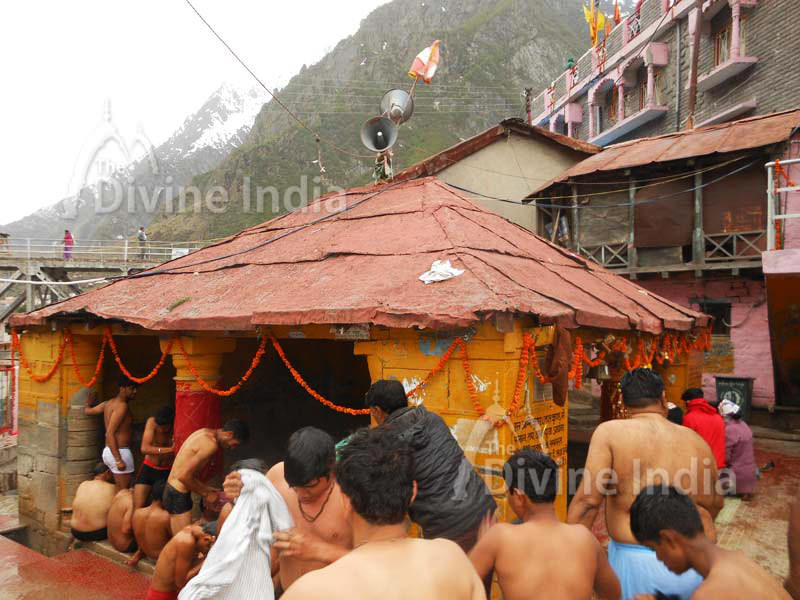 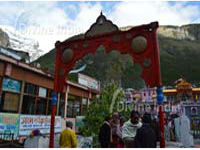 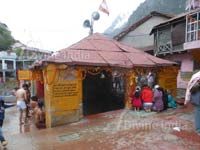 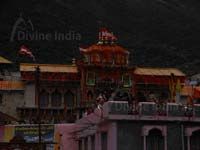 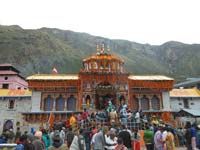 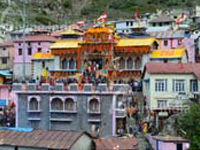 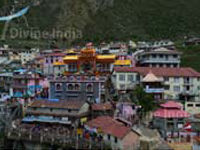 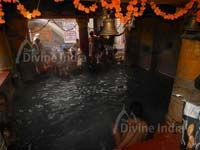