Samvatsara - The Name of the Hindu Year 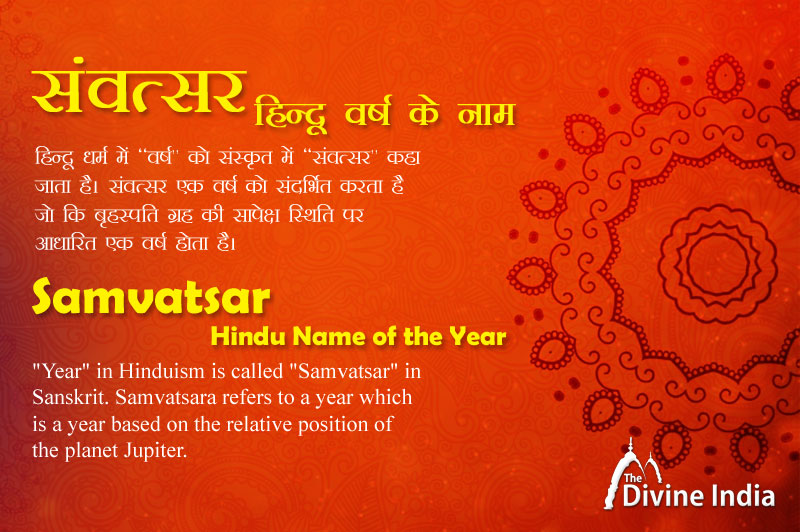 “Year” in Hinduism is called “Samvatsar” in Sanskrit. Nowadays, Samvatsar is called Samvat in simple language. Samvatsara refers to a year which is a year based on the relative position of the planet Jupiter. In the Jovian calendar, the year is equal to one solar year, but it is not so in the Samvatsar.

Samvatsara is defined in the Hindu calendar. Samvatsara depends on the position of the planet Jupiter. The ancient texts calculate a Samvatsar to be about 361 days, which is slightly less than a solar year. According to Hindu religion, the planet Jupiter enters twelve zodiac signs and the full orbit of these twelve zodiac signs is approximately equal to 12 solar years. Such five orbits of Jupiter (ie 12 times 5 = 60 samvatsar) are called Samvatsar Chakra. Each Samvatsara of this cycle is given a name. Once all 60 Samvatsaras are over, the cycle starts all over again.

This cycle of 60 Samvatsara is based on the relative positions of Jupiter and Saturn in the sky. The orbital periods of Jupiter and Saturn are approximately 12 and 30 solar years, respectively. The least common multiple of these two orbital periods is 60 solar years. Every sixty years, the two planets will be located at roughly the same sidereal coordinates as where they started sixty years ago, thus creating a sixty-year cycle.