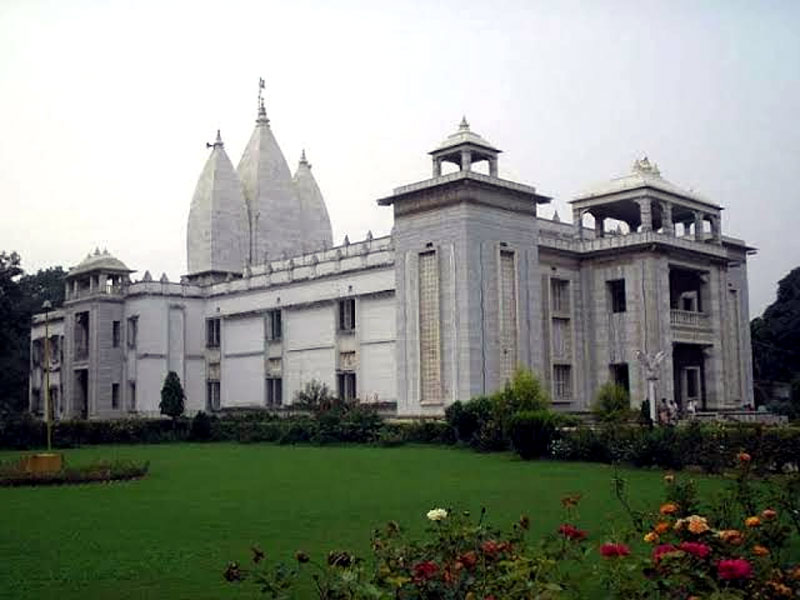 The Tulsi Manas Temple has special significance in the temples of Varanasi. Its temple also has historical and cultural importance in Hinduism. Because the ancient Hindu epic Ramcharitmanas was written in its simple form in the 16th century by Hindu poet and saint Goswami Tulsidas.

Ramayana which is the special epic of Hinduism. Ramayana was written in the Sanskrit language by Valmiki. Which is believed to be written between about 500 and 100 BCE. Because the original Ramayana is in Sanskrit. Therefore it was not easy to understand the general public. Hence Ramcharitmanas was written in easy Hindi language.

The Tulsi Manas Temple was built by Seth Ratan Lal Sureka. This temple is completely built of marble. The temple was inaugurated in 1964 by the then President of India Sarvepalli Radhakrishnan.

In the center of this temple is the idol of Shri Rama Mata Janaki, Signs and Hanuman. On one side are Mata Annapurna and Shivji and on the other side Satyanarayana is established. The specialty of this temple is that the Ramcharit Manas is inscribed on the walls of the entire temple. The entire Ramayana on the marble stone on the walls is very beautifully written by Nakkasi. The statue of Saint Tulsi Das Ji is installed on the second floor of the temple. The festival of Annakoot, Krishna Janmashtami and Rama Navin is celebrated very well in the Tulsi Manas Temple. There is also a library of rare copies of Ramayana in all languages ​​on the first floor of the temple.