What is Meaning of Shivling? 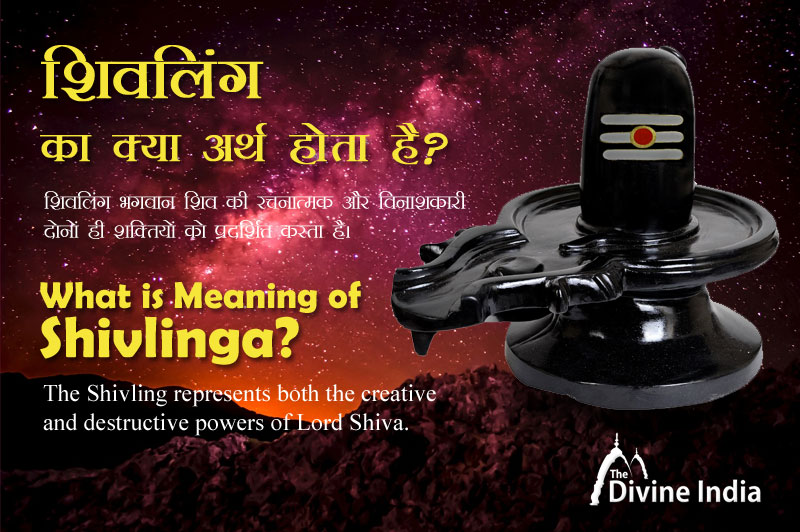 The Shivling represents both the creative and destructive powers of Lord Shiva. The meaning of Shivling is 'Creation Jyoti' i.e. the beginning-timeless form of Lord Shiva. The reason for being a symbol of the Sun, the sky, the universe and the formless great being, is because according to the Vedas this Jyotirlinga means the wide Brahmatmalinga which means 'broad light'. According to Shiva Purana, Brahma, Maya, living being, mind, intellect, chit, ego, sky, air, fire, water and earth are called Jyotirlinga or Jyoti Pind. The shape-type of Shivling is similar to that of the Milky Way moving in the universe. Shivling - is only a symbol of the moving bodies in our universe.

The Shivling represents the formless omnipresent reality of Lord Shiva. The Shivalinga, the symbol of Lord Shiva - reminds of the almighty formless Lord.

The Shaiva Siddhanta, which is one of the main traditions of the Shaivite sect, describes the three perfections of Lord Shiva: Parashiva, Parashakti and Parameshwara.

Never think that Shiv Lingam is an organ of male.

In Sanskrit, Lingam means a "mark" or a symbol, which points to an inference. Thus the Shiva Linga is a symbol of Lord Shiva: a mark that reminds of the Omnipotent Lord, which is formless (Nirakar).