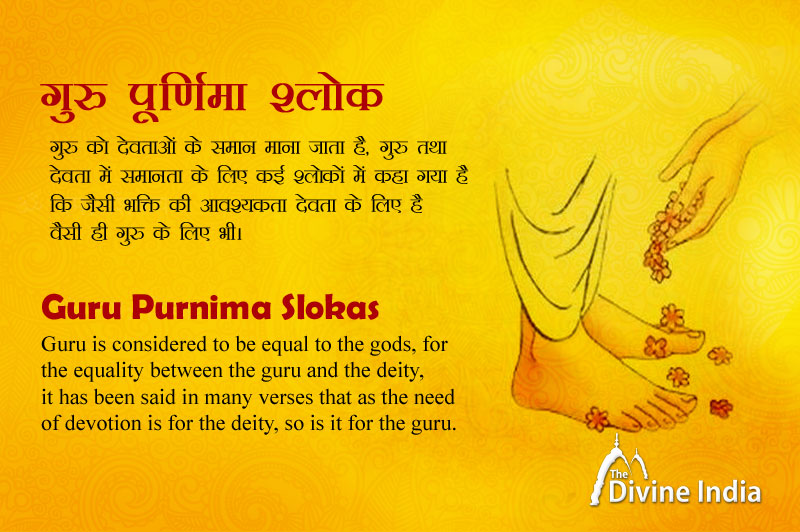 Guru is considered to be equal to the gods, for the equality between the guru and the deity, it has been said in many verses that as the need of devotion is for the deity, so is it for the guru. Rather, by the grace of the Sadguru, the realization of God is also possible. Nothing is possible in the absence of Guru's grace. There are many verses for Guru Purnima which are as follows:-