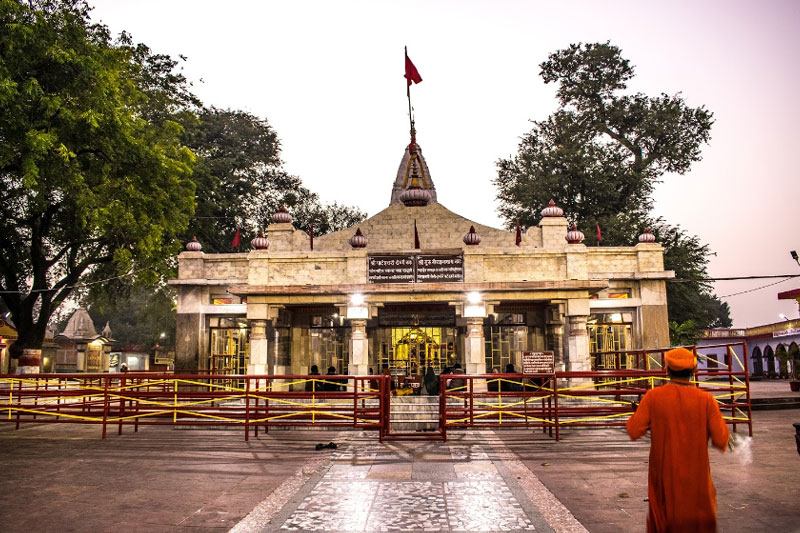 Patan Devi Temple is a Hindu temple located in Tulsipur, about 25 km from district Balramur in the Indian state of Uttar Pradesh. This temple is near the Nepal border. Patan Devi Temple is also known as Maa Pateshwari Temple. The name of this temple comes in 51 Shakti Peethas of Mata. Mata has one of the famous temples in India.

Another name of Patan Devi temple is also Devi Pataleshwari. It is believed that Mother Sita was disturbed by the condemnation during the Ramayana period, at this place the earth had sat in the lap of Mother and went into earth. The temple of Pataleshwari Mata was established at this Patalagami place.

It is said that earlier there was no statue in the sanctum sanctorum of the temple. There is a silver platform in the middle, where Mata is believed to be engulfed in Hades. There is a tunnel under this platform, about which it is said that this tunnel goes to Hades. Later the temple was renovated by several kings and behind the silver chabutra was several of the 10-armed idol of the mother.

Suryakunda is in the northern direction of the temple. Where in the Mahabharata period, Suryaputra Karna took education of Dhanurveda from Parashurama. It is such a phenomenon that taking a bath in this pool can cure leprosy and skin diseases.

According to mythology, Goddess Sati gave her life by jumping into the fire of Havan organised by her father King Daksheshwara. When Lord Shiva was running around the earth carrying her body then Lord Vishnu divided the body in 51 parts using his Sudarshan chakra. Was divided into 51 parts, of which Sati's left wing Patambar Anga (left shoulder) fell at this place. Hence this place is famous as Goddess Patan. Here, on the orders of Lord Shiva, Mahayogi Guru Gorakhnath first worked himself by worshiping Jagjanani for a long time by constructing a monastery for the worship of Goddess. Thus, this place is a Siddha Shaktipeeth as well as a Yogpeeth.

All the festivals are celebrated in Patan Devi, especially in the festival of Durga Puja and Navaratri, special puja is organized. During these festivals, some people keep fasting (do not eat food) as a respect and dedication to God's worship. In the days of the festival, the temple is decorated with flowers and lights. The spiritual atmosphere of the temple provides peace to the heart and mind of the devotees.