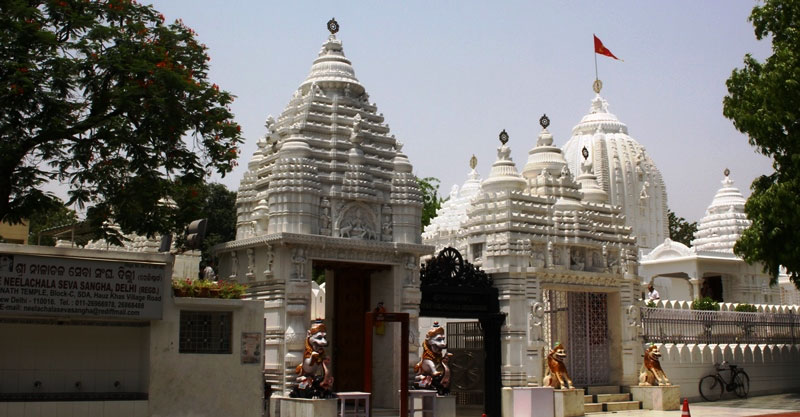 Shri Jagannath Temple, India is a modern temple which is built by Oriya community of New Delhi, in which devotees are devoted to Lord Jagannath. Located in the Hauz Khas, this temple is famous for its annual Jagannath Rath Yatra festival in which thousands of devotees take part. In the Jagannath temple, Shri Jagannath Rath Yatra is organized in such a way as to be done in Puri. This festival is the most important festival of this temple. There are three main gods of the temple, Lord Jagannath, his elder brother Balabhadra and sister Subhadra.

Sri Jagannath Temple and Orissa Art and Cultural Center were formed in 1968. In the same year the Registration Act was registered under the Society.

The foundation stone of the temple was laid on 15 January 1968, and construction work began on 5th February, 1968. Initially, with the limited resources of the society, a small temple was built and regular worship of Lord Jagannath, Lord Balabhadra and sister Subhadra was started. There is also a Dharamshala of 18 rooms near the temple for the visitors coming to the temple. In 1991, the work of rebuilding this temple was started and on January 28, 1999, the temple was inaugurated. Large-sized statues of three Gods taken from Puri were established by the Vedic Brahmins.

There is a library hall developed by the Society in the Shri Jagannath Temple, in which religious books are collected at one place. With sitting and dining facilities for nearly 200-300 guests in this temple, the society has rebuilt two big prasad halls for organizing marriage, engagement etc.