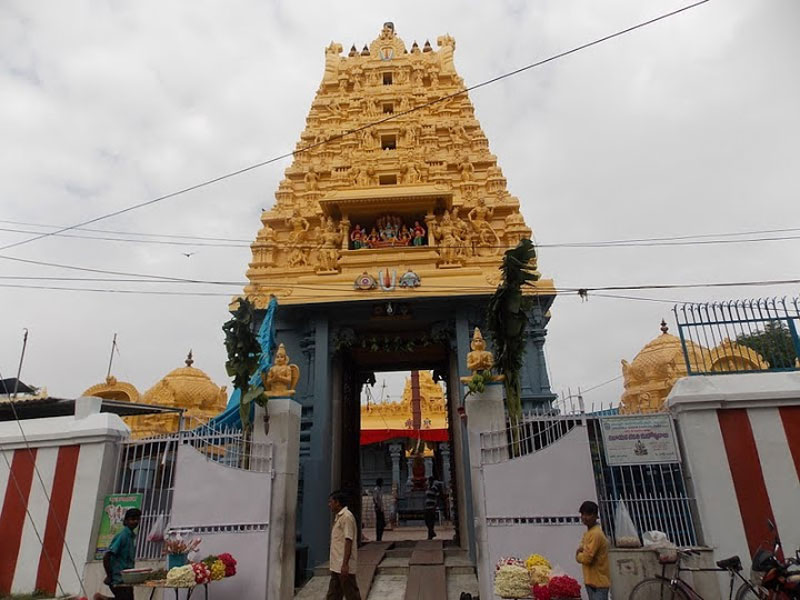 The temple has been broadly divided into three separate sections; one is the main temple, where the deities are worshiped while others have Dhyan Mandir and Nata Mandir. Garba Griha of the Gods is on the first floor; this is the reason that the ground floor has been renamed as Shreevara temple. There are concerts and dance rooms on the first floor of the temple, which include the Nata Mandir with meditation room on the top floor.

Devi Bhudevi and Mahalakshmi are also present in the temple, along with their companions. The temple has been constructed in a wide area, which is 1.17 acres on the garden road and the construction cost of this temple is approximately 11.5 crore rupees. In addition to the main temple, Tirumala Tirupati Devasthanas have also constructed a meditation center or meditation hall near it. This hall was inaugurated on May 30, 2013 and people from various places now come to meditate in the hall.

Excellent sculpture work has been done in the temple to depict mythological stories and personalities. It has some of the finest religious symbols and designs of South Indian temples. Gopuram, which represents the fierce parallel pyramid temple on the central section of the temple, gives it a unique South Indian aspect, besides; here idols of Garuda describe semi-human and semi-bird species. There are many small temples in the temple, the entry of the temple is seen from a distance and it is a major tourist attraction.