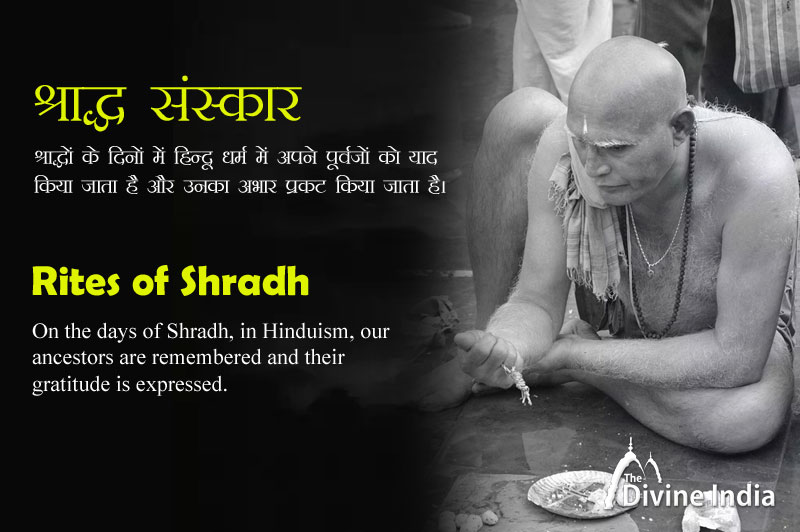 Pitru Paksha has a special significance in Hinduism. On the days of Shradh, in Hinduism, our ancestors are remembered and their gratitude is expressed. In Hindu religion, if the Pitrus is satisfied, then he blesses his family, due to which happiness, opulence and peace remain in the family.

According to Hinduism, the souls of three preceding generations of one's ancestors reside in Pitruloka, the region between heaven and earth. The region is governed by Yama, the god of death, who carries the soul of a dying person from the earth to Pitruloka. When the person of the next generation dies, the first generation goes to heaven and is reunited with the Lord, so the offering of Shradh is not given. Thus, only three generations in Pitruloka are given the shraadh rites, in which Yama plays an important role. According to the sacred Hindu epics, at the beginning of Pitru Paksha, the Sun enters Virgo. With this moment, it is believed that the souls leave Pitruloka and stay in the homes of their descendants for a month until the Sun enters the next zodiac sign - Scorpio - and there is a full moon. Hindus are expected to appease the ancestors in the first half of the dark fortnight.

When the great donor Karna died in the epic Mahabharata war, his soul went to heaven, where he was offered gold and gems as food. However, Karna needed real food to eat and asked Indra, the lord of heaven, the reason for serving gold as food. Indra told Karna that he had donated gold throughout his life, but had never donated food to his ancestors in Shradh. Karna said that since he was unaware of his ancestors, he never donated anything in his memory. To make amends, Karna was allowed to return to Earth for a period of 15 days, so that he could perform Shradh and donate food and water in his memory. This period is now known as Pitru Paksha.

The man who performs the Shradh should have done the purification beforehand and is expected to wear a dhoti. He wears a ring of Darbha grass. The ancestors are then invited to reside in the ring. Shradh is usually performed with bare chest, as the position of the sacred thread worn by them has to be changed several times during the ceremony. The Shradh includes Pind Daan, an offering to the ancestors of the Pindas (balls of cooked rice and barley flour mixed with ghee and black sesame seeds). In which water is thrown around the food by hand. This is followed by the worship of Vishnu (in the form of Darbha grass, a gold idol, or Shaligram stone) and Yama. The food is divided into several parts, a portion of which is given to the crow. The crow is believed to be the messenger of Yama or the soul of the ancestors. A cow and a dog are also fed, and Brahmin priests are also fed. After all this the family members can have food.

Dates of Shradh 2023 in Pitru Paksha