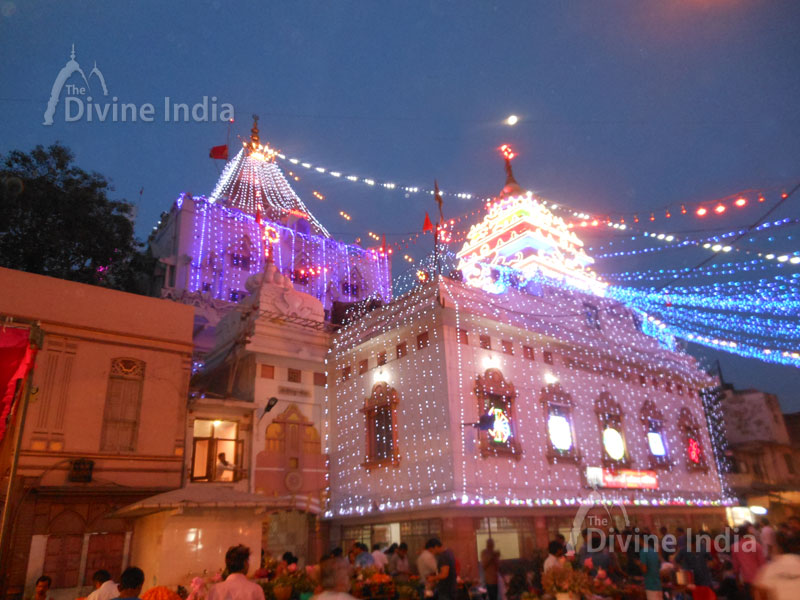 The 800 year old Gauri Shankar Temple is a Hindu temple and is located near the Digambar Jain Lal Mandir on the main Old Delhi road in Chandni Chowk. The Gauri Shankar Temple is dedicated to Lord Shiva and is one of most significant temples of Shaivism. The temple has an 800 year old brown Lingam (phallus stone) encased in a marble representation of a female organ. The Lingam is surrounded by snakes made up of silver and represents a cosmic pillar, the centre of universe or life.

According to history the temple was built by Apa Ganga Dhar, a Maratha soldier who was a devotee of Lord Shiva. He was once severely injured in a battle and chances of his survival were bleak. So, he prayed to Lord Shiva requesting for his life and promised to build a beautiful temple if he survived. He survived against all odds and builder temple. His name is inscribed in hindi at the lower part of a pointed pyramidal roof like construction near main entrance of the temple. In 1959, Seth Jaipura renovated the temple and his name is inscribed over the windows of the temple. Inside the temple, idols of lord Shiva and his consort Parvati (Gauri-Shankar) and their two sons, Ganesh and Kartik are present. The idols of Lord Shiva and Parvati, wearing real gold jewellery are situated just behind the Lingham under the silver canopy. The Lingham too has a silver water vessel above it from which droplets of water continuously fall.

The best time to visit the temple is during the festival of Shivratri when it is grandly decorated and filled with devotional activities. One can visit the temple especially on Mondays, which is day of Lord Shiva. The temple is opened all year round and welcomes visitors of all caste and creed. 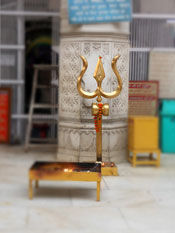 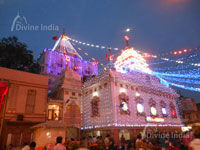 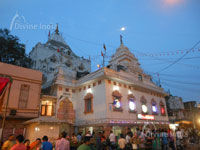 Blog/Hinduism
Humility is the path to progress