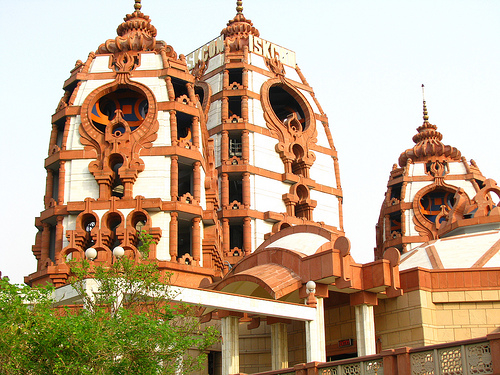 Sri Sri Radha Parthasarathi Mandir or Iskcon Delhi Temple is a Hindu or Vaishnav Temple dedicated to lord Krishna and Radharani in the form of Radha Parthasarathi. The temple is located at Hare Krishna Hills, east of Kailash in Delhi, India. The temple was inaugurated by the former prime minister of India, Atal Bihari Vajpayee in 1998. In Vaishnavism lord Krishna is considered as the most merciful avatar of the supreme personality of godhead.

The temple was founded by Sri Prabhupada and is one of the largest temple complexes in India. The temple was designed and built by Achyut Kanvinde for the followers of Sri Prabhupada. The temple is divided into three altars. The first altar of temple complex have an elaborate structure of Sri Gauri Nital who was known as the most merciful incarnation of Sri Nityananda Prabhu and Sri Chaitanya Maha Prabhu who appeared in West Bengal some 500 years ago. The second altar is graced with the deities of Sri Radha Krishna Parthasarathi along with Lalita and Vishaka and their most confidential gopis. In third altar idols of Lord Ram, Goddess Sita, Lord Laxman and Lord Hanuman are present. 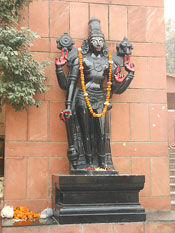 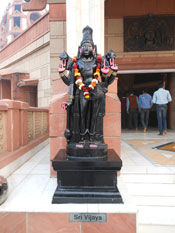 Other Iskcon Temples of Delhi