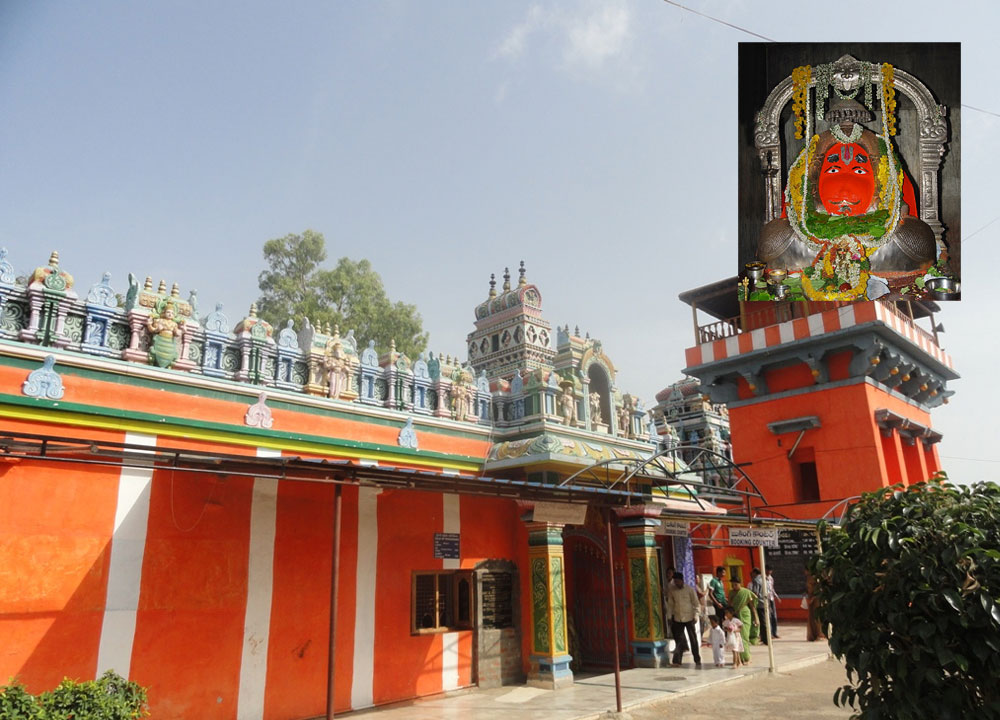 The Karmanghat Hanuman Temple is located in Hyderabad, Telangana state of India. It is a Hindu temple. It is one of the ancient and famous temples of Lord Hanuman. This temple was built in the 12th century. This temple was built by King Pratap Rudra II of Kakatiya dynasty. It is believed that Lord Hanuman appeared in the king's dream and asked to build a temple. Historical story is also attached to the construction of this temple.

The main deity of the temple is Lord Hanuman and other gods are also inhabited in the temple complex. Lord Rama, Lord Shiva, Goddess Saraswati, Goddess Durga, Goddess Santoshimata, Lord Venugopal Swamy and Lord Jagannath. The temple is located near Santoshnagar in Karmanagar and close to Nagarjuna Sagar Ring Road.

Once a king went to the forest to hunt, named Raja Pratap Rudra. When the king was tired of hunting in the forest, he was resting under a tree. The king then heard the chanting of Lord Rama's name. The king went from where the sound of chanting of Rama was coming. The king was surprised that in the midst of such a dense forest, he saw a stone idol of Lord Hanuman, out of which the sound of chanting named Rama was coming. The king bowed the idol of Lord Hanuman and returned to his kingdom. At night, Lord Hanuman appeared to the king in his dream and asked him to build a temple.

The king built the Hanuman temple. The temple was named 'Dhyananjaya Swamy' temple, as Lord Hanuman was meditating on Sri Rama. Nearly 400 years later, Aurangzeb sent his forces to all corners of the country for further expansion of the Mughal Empire. Aurangzeb's army could not even step into the temple premises. When the General gave this notice to Aurangzeb, he himself went with an iron rod to break the temple. As Aurangzeb went to the threshold of the temple, he heard a deafening roar like thunder, Aurangzeb was so frightened by the sound that an iron rod slipped from his hand. Then Aurangzeb heard a voice in the sky, 'Temple is to break Rajan, Kar Man Ghat'. Which translates to 'If you want to break the temple, then harden your heart, O Raja', this temple got the name Karmanghat Hanuman Temple.

And till today, Lord Anjaneya meditates peacefully and blesses the devotees, meditating as Anjani Swami.