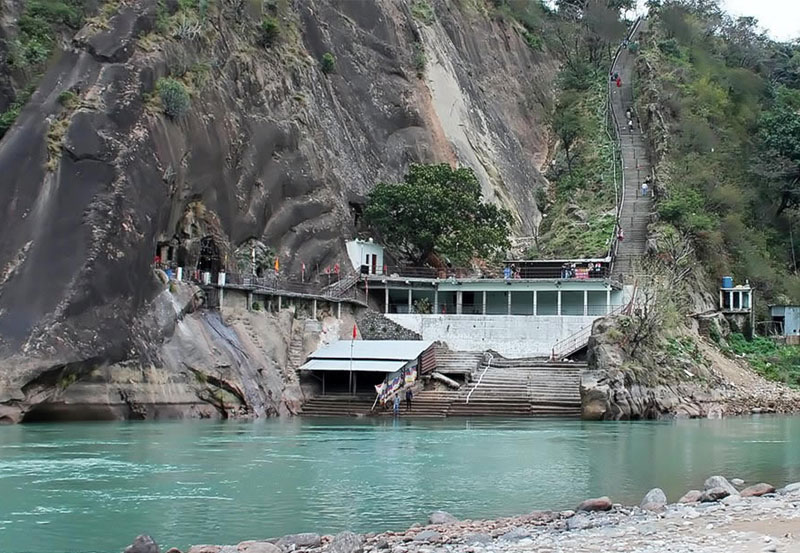 Mukteshwar Mahadev Temple is a Hindu temple, also known as Mukesaran Temple. The temple is located near Pathankot City on Shahpur Kandi Dam Road in the Indian state of Punjab. It is a Shiva temple which is a popular temple of the man-made cave complex. The temple is situated on the banks of the Ravi River. So its beauty and conversation is incredible. The idols of Ganesha, Brahma, Vishnu, Hanuman and Mata Parvati are enshrined in this temple. Mukteshwar Mahadev Temple is considered to be one of the most sacred places around Pathankot. This temple is a cave temple and these caves are about 5500 years old, built by the Pandavas.

There is a legend that Lord Shiva slaughtered a demon here and granted him mukti (liberation). The word Mukteshwar means 'The God of Refief 'or 'The God of salvation', thus it is a temple of salvation.

This place is also known as Chhota Haridwar. Those who cannot immerse the ashes of their families in Haridwar, flow it into the Ravi River at Mukteshwar Mahadev Temple.

To mark the Baisakhi festival, a fair, called Mukesran da Mela, is held every year in the month of April. Also, a big festival is organized every year on the day of Shivaratri, followed by two more celebrations, Chaitra Chodiya and Navratri. Somavati Amavasya is another big fair organized by the Temple Committee. Many pilgrims from all over Punjab and adjoining states of Himachal Pradesh and Jammu and Kashmir come to worship here.