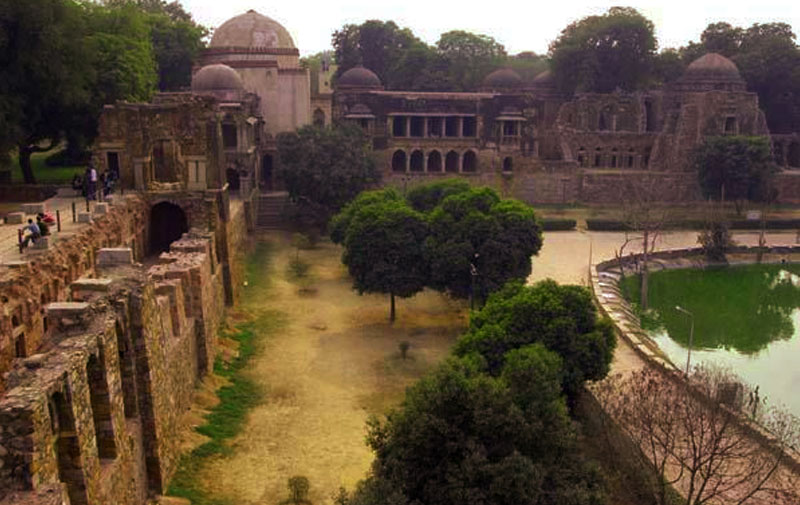 Hauz khas fort is one of the monuments of India and this fort is located at Hauz Khas, South Delhi. It’s a perfect hangout place for college friends, and so for quick family outings. Like any other fort this fort mesmerizes the observer and he appreciates our history. Hauz Khas Fort established by Alauddin Khilji in the year 1284 to ensure continuous supply of water to Siri Fort. The fort built in the era of ‘medieval history’, and marks the beginning of the rule of Delhi as the capital of the first of the Muslim rulers in India. The word Haus comes from Urdu word Hauz which means a “Pond”. The Hauz Khas Fort was built around a pond or tank; hence it was named as Hauz. The fort houses many structures mostly built during the Tughlaq dynasty especially the Tomb of Firoz Shah. Other structures include a mosque, a theological college and six domed pavilions, which were all built between 1352 and 1354 A.D. Hauz-i-Khas, was initially the name given to the fort after the emperor.  However, later Firoz Shah Tughlaq ordered to rebuild this tank as royal baths. It was he who christened it to Hauz-Khas. The monuments which stand on the edge of the lake were a madrasa constructed by Firuz Shah Tughluq in 1352.

A T-shaped pavilion is standing surrounded by rubble after entering the fort. The entire complex is L-shaped & Firoz Shah’s tomb stands at the junction of the two wings.An unusual feature of the building is the stone railing forming a courtyard outside its main entrance. Such a railing is typical of Buddhist architecture & is quite unprecedented for Islamic buildings.

At the entry of the beautiful vast reservoir which is in itself a delight to the senses, is a Deer Park. Lush with greenery and landscaped beauty, it is a breeding place for peacocks, guinea pigs, rabbits, deer, and such a long list of a variety of birds, animals and insects that grace the gardens. The Light and Sound show is a great attraction to the visitors and add to the beauty of the fort. Best time to visit South Delhi’s Hauz khas if from the month between Octobers to March. Recent restoration work on this lake was completed by the Delhi Development Authority or DDA.Along with the efforts of INTACH or Indian National Trust for Art and Cultural Heritage in 2004 by diverting stored rain water that settled within the southern ridge in Delhi to this lake.

The nearest bus station to the Hauz Khas fort is the ISTM bus station, whereas the nearest metro stations are the Green Park and Hauz Khas, on the yellow line of Delhi Metro. Hauz Khas Metro Station is just 1.6 km away from the Hauz Khas fort. The fort opens on seven days a week from 10:30 am to 7:00 pm. No entry fees for the entrance to Haus Khas Village.

There are a number nearby attractions of Hauz Khas, which are worth visiting such as Hauz Khas Enclave, Kalkaji Temple, Lotus Temple, Nizamuddin's Shrine and Chirag Dehlvi's Dargah. In fort, there are four graves, one is of Feroz Shah and two others are of his son and grandson. Six Pavilions are seen in a beautiful garden that faces the Madrasa on its southern end.