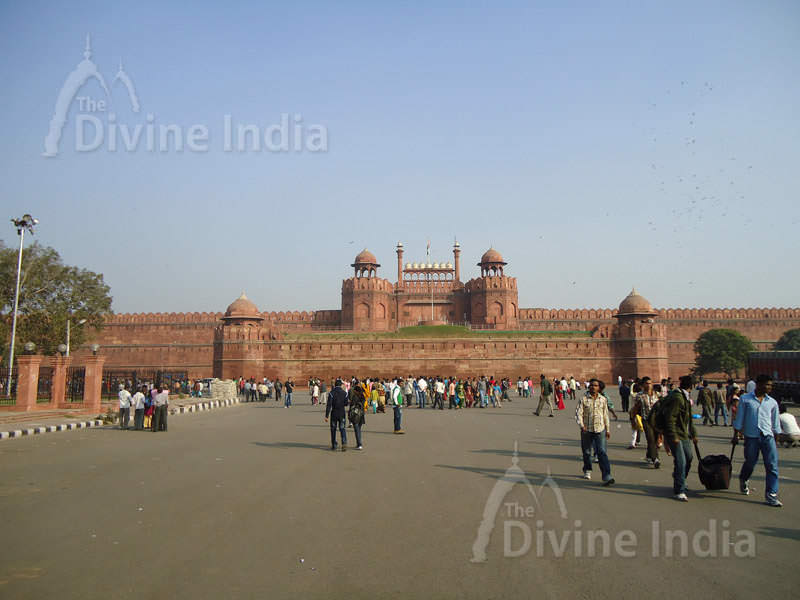 The Red Fort, originally named as "Qila-i-Mubarak" (the blessed fort) which lies along the Yamuna River was constructed by the Mughal emperor Shah Jahan in the 17th century in the walled city of Delhi. The Red Fort assisted as the capital of the Mughals until 1857 and as the residence of the Imperial Family of India. But after the Mughal emperor Bahadur Shah Zafar was exiled it was appointed as UNESCO World Heritage Site in 2007. The Red Fort was built in ten years; its construction began in 1638 and was completed by 1648.

The Red Fort is designed in a way as to retain and blend this site with Salimgarh Fort which was a significant point of the city of Shahjahanbad. The north-eastern wall of the fort is adjacent to Salimgarh Fort a defense built by Islam Shah Suri in 1546. Shah Jahan shifted his capital to Red Fort from Agra due to the prestige and opportunities it would provide to his reign. The Red Fort represents the Mughal creativity that existed at the time of Emperor Shah Jahan. The fort has undergone many developments after it was constructed by Shah Jahan and major development took place under the rule of Aurangzeb and later Mughal rulers.

Though the Red Fort was considered as the seat of Mughal Power it was not always defended. On 11 March 1783, Sikhs briefly entered Red Fort in Delhi and occupied the Diwan-i-Am. The last ruler to rule the Red Fort was Bahadur Shah II "Zafar". In 1857 after the failure of the rebellion, Zafar left the fort on 17 September. He returned to Red Fort as a prisoner of the British.

The art work in Red Fort reflects a combination of Persian, European and Indian art which resulted in the development of Shahjahani style. The Red Fort serves as a symbol of architectural brilliance and power. The walls of the fort open at two major gates the Delhi and the Lahore gate. Within the fort there are few important structures; Diwan-i-Aam [a gate beyond which there is a larger open space serving as a courtyard], Diwan-i-Khas [a pavilion clad consisting of marble, pillars, floral cravings and with many semi-precious stones], Nahr-i-Behisht [private apartments lying behind the throne], Zenana [two southern most pavilions or women quarters], Moti Masjid [the Pearl Mosque] and Hayat Bakhsh Bagh [formal garden ,lies to the north of Moti Masjid or "Life Bestowing Garden"].

After the Sepoy Mutiny of 1857 the residential palaces were destroyed and it served as the headquarters for the British Indian Army. After India's independence Indian army controlled the fort and in December 2003, it handed the fort over to the Indian Tourist Authorities. The Red Fort is one of the famous tourist destinations and largest monument in Old Delhi. In the fort there are three museums: a "Blood Painting" museum which depicts the Indian martyrs of the 20th century and their martyrdom; an Archaeological Museum and an Indian War Memorial Museum. 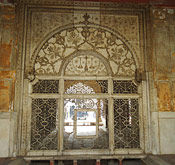 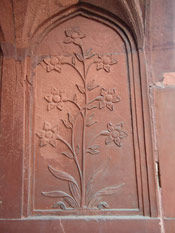 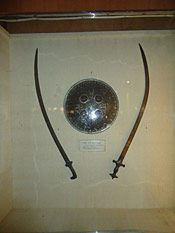 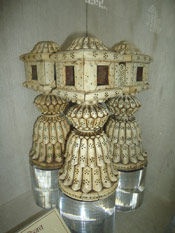 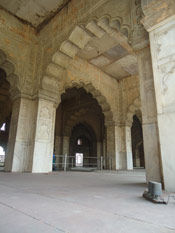 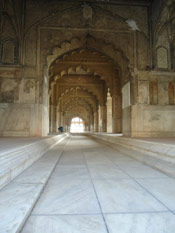 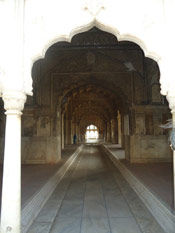 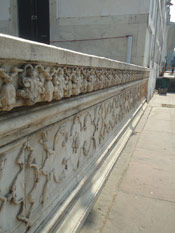 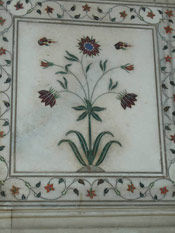 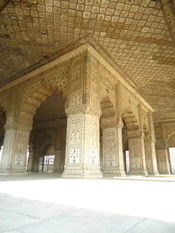 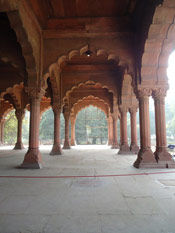 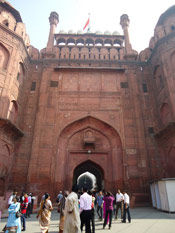 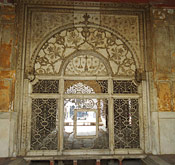 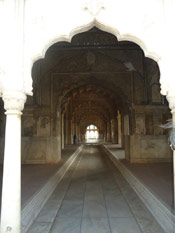