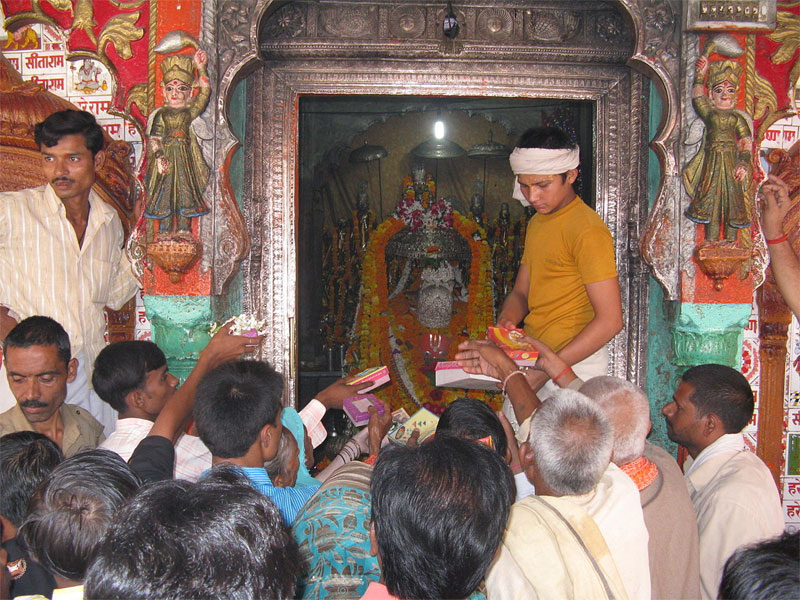 Hanumangarhi Temple is a major Hindu temple that is located in Ayodhya in the Indian state of Uttar Pradesh. Ayodhya which is called the city of Lord Shri Ram. It is believed that before seeing Lord Rama in Ayodhya, Lord Hanuman should be seen first. The main attraction of this temple is the idol of Lord Hanuman installed in this temple which is only 6 inches. The main temple houses the statue of Anjani Mata with Bal Hanuman.

Hanumangarhi Temple is located in the center of the city and is approached by about 76 stairs to enter the temple complex. This temple can be seen from a distance as this temple is situated at the highest point of the city. There is no clear evidence of the construction of this temple. But how old the temple is, it can be gauged that the marks brought as a symbol of victory from Lanka were also kept in the same temple which are taken out on a special occasion even today and worshiped at different places. Hanuman, who is enshrined in the temple, is considered the king of present-day Ayodhya.

It is believed that Hanuman always dwells in this temple. This temple is situated before the Sri Ram Temple, the most prominent temple in India. It is said that Lord Hanuman protects Rama's land and city and Lord Rama gave this place to Lord Hanuman.
Lord Rama had given this blessing to Hanuman ji that it is mandatory for any devotee to come to Ayodhya for my darshan, first to worship and see Hanuman ji. This holy city of Ayodhya is situated on the banks of the Saryu river and a bath in the Saryu river ends sins. But before that it is mandatory to take blessings and orders from Lord Hanuman.

All the Hindu festivals are celebrated in Hanumangarhi temple but Ram Navami, Hanuman Jayanti and Deepavali festival are prominent.