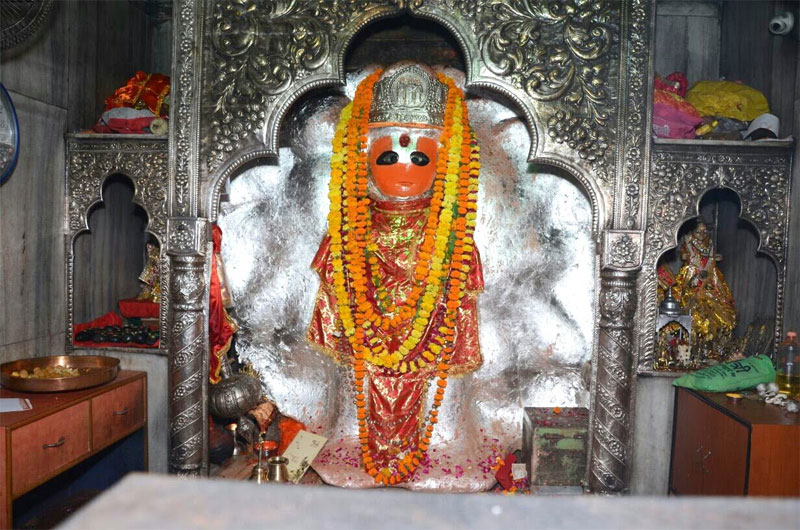 Panki Hanuman Temple or Panchmukhi Hanuman temple is a ancient temple on the outskirts of the city of Kanpur, near Panki Railway Station and is fully dedicated to Lord Hanuman. The temple draws lot of devotees from all over the country and their wishes are heard and fulfilled by the Lord. He showers his blessings on the devotees who come here with full devotion and absolute faith.

Although no authentic evidence regarding the history of the temple is available, yet as per the legendary, temple is about four hundred years old. The temple had been founded by Mahant Sri Sri 1008 Purushottam Dasji Maharaj. It is believed that Hanuman temple of Panki was established before the establishment of Kanpur city. It is said that Mahantji was returning from Chitrakoot once. Then on the place where there is a Panki temple, there was a rock seen on which Bajrang Bali could be seen. Simply, he then decided to build a temple at the place. The place is now known as Panki temple.

A huge crowd of pilgrims came to see the temple of Pankibut on Tuesday, on the occasion of Buddha Mangal, the massacre of the devotees took place. Special arrangements have been made for the devotees to seek blessings of the Lord Hanuman.

Other Hanuman Temples of Uttar Pradesh