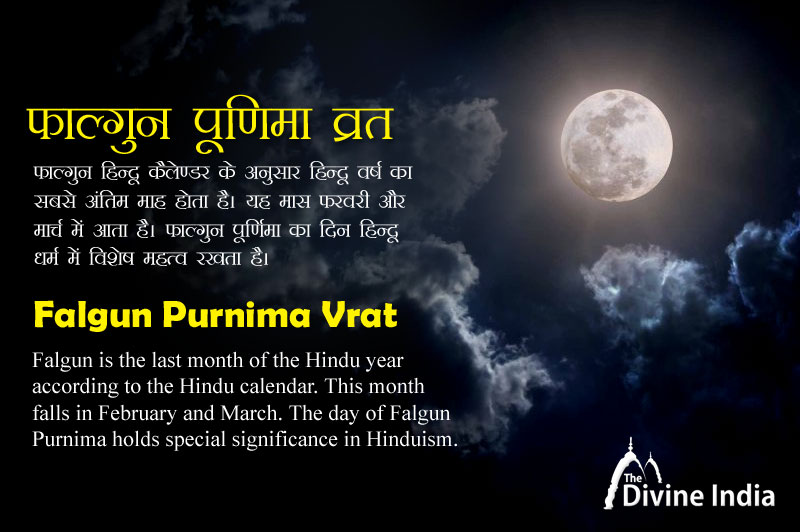 Falgun or Phalguna is the last month of the Hindu year according to the Hindu calendar. This month falls in February and March. The day of Falgun or Phalguna Purnima holds special significance in Hinduism. The importance of Falgun Purnima has been told in Hindu religious texts. Purnima fast is observed every month and the Lord is worshiped by different methods. But the fast of Falgun Purnima is considered special. Holika Dahan is also done on this day.

On the day of Falgun Purnima, Lord Vishnu protected his devotee Prahlad and burnt the demon Holika to ashes.

There is a law to worship Lord Narayan in the fast of Falgun Purnima. First of all take a holy bath. Wear white clothes and do more Aachman, after that chant the mantra 'Om Namo Narayan' in the fast. Set up a fire at the Chakor altar to perform Havan. Offer oil, ghee, boora, etc.

According to 'Narad Purana', on the full moon day of Falgun month, all kinds of woods and fruits should be collected. After this, after ritualistic Havan in the fire by mantras, put wood on Holika and set it on fire. When the flames start rising, one should rejoice and celebrate while revolving around it.

On the day of Falgun Purnima, the devotee who burns Holika Dahan by keeping a fast with full devotion and rituals, all his troubles are removed. Along with this, Lord Vishnu has special grace on the person.