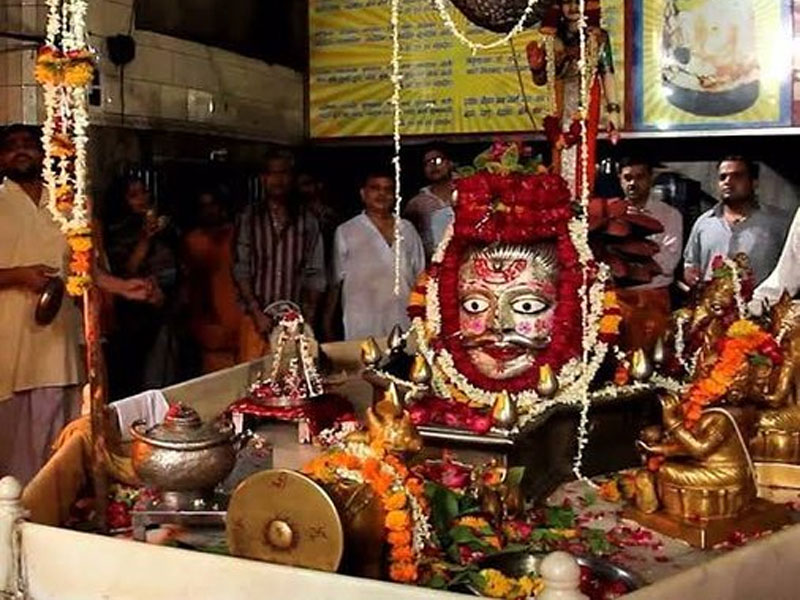 Mankameshwara Temple is a popular religious place of Hindus which is completely dedicated to Lord Shiva. It is believed that Shivling was established by Lord Shiva himself in Dwapar Yuga. The temple is located in the Indian state of Uttar Pradesh, Agra. The Shivling is covered with a silver layer in this temple. If anyone wants to go near the Shivalinga in this temple, then it is necessary to be in Indian costumes: - such as dhoti, sari etc.

Lord Shiva sat there meditating under a banyan tree. Then Lord Shri Krishna started playing Leela and weeping and started pointing towards Shiva. Then Yashoda Mai called Shiva gave Kanha in his lap and then Krishna went silent.

Since then, the Lord is seated in the shivalinga in this temple. It is believed that just as Lord Shiva has fulfilled the desire, in the same way, the wishes of every devotee who come here with true mind will be fulfilled.

There are many small temples behind the main sanctum within the temple complex. There are 11 unbroken holdings burning with desi ghee burning continuously. After fulfilling their wishes, devotees come here and light a lamp, which can cost from a quarter to a quarter of a million rupees.