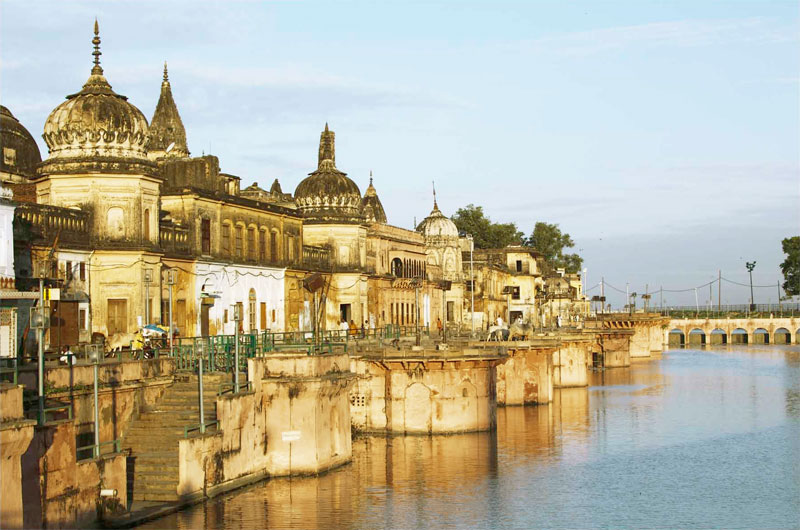 Ram Temple is the place on which Lord Vishnu was born as form Lord Ram of the 7th Avatar. The place is located in Ayodhya city, Uttar Pradesh, India. There is a temple dedicated to Lord Ram on the birthplace. This is a disputed place which is between Hindus and Muslims.

In Ramayana the mythical granth of Hindus, it is said that Ram's birthplace is on the banks of the Sarayu River in Ayodhya town. A section of the Hindu claims that Shri ram's place of birth is right where Babri Masjid remains. For the first time in the 15th century, the first Mughal emperor Babur's commander, Mir Baar, demolished the temple and built a mosque at this place.

It is believed that this place was a religious place for Muslims from 1528 to 1853. Political, historical and socio-religious debates at the history and place of Babri Masjid and Ram birth place, where was the temple and the temple was demolished or modified to make it, which is called the Ayodhya dispute.

In 1992, the demolition of Babri Masjid by Hindu nationalists gave birth to widespread Hindu-Muslim violence. Archaeological excavation has indicated the presence of a temple under the mosque's debris.

In the city of Ayodhya, it is said that there are around 6000 temples, although it is believed that the shrines situated in the Ram Janmabhoomi campus of Ramkot are considered to be the most sacred. Some of the major Hindu pilgrimage in this complex includes:

A brief history of the Ram Janmabhoomi controversy is as follows: