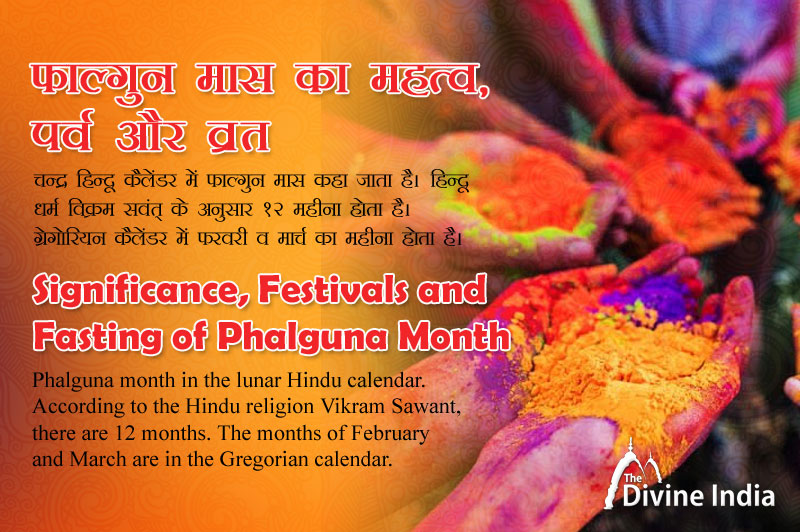 Phalguna Month is starting from 05 February 2023 and ends on 06 March 2023. According to the Hindu calendar, each month has its own importance, thus the month of Phalguna has its own importance. In the month of Falgun, the summer gradually starts and the winter starts decreasing. Holi and Mahashivratri, the most famous festivals of Hinduism, is celebrated in the month of Falgun. It can be said that only one solar year ends with the festival of Holi. In the solar religious calendar, the month of Phalguna begins with the entry of the Sun into Pisces.

Phalguna month has special significance in Hindu religion, Holi, Vijay Ekadashi, Phulera Dooj, Mahashivratri and other festivals are celebrated in this month. It is considered particularly fruitful to worship Lord Krishna in the month of Falgun. During this, 3 forms of Shri Krishna - Child Krishna, Young Krishna and Guru Krishna are worshipped. Also, according to mythological beliefs, Chandradev was born in the month of Phalguna itself, so Chandra Dev is also worshiped in this month. It is considered beneficial to do charity, virtue and tarpan in this month.