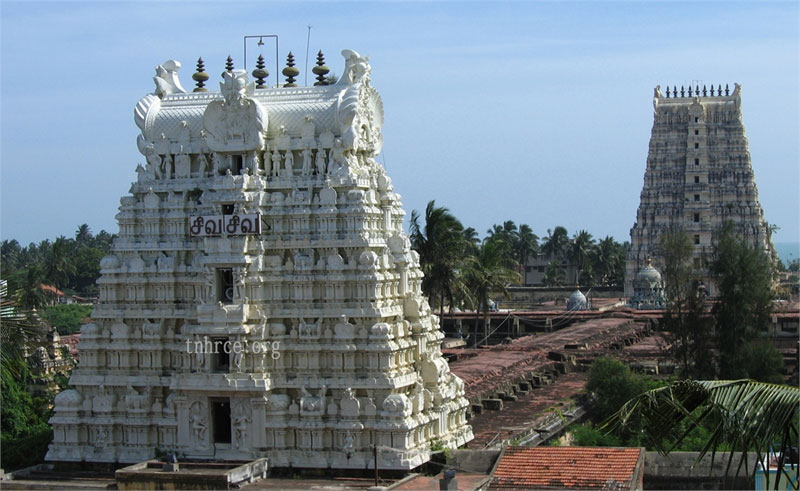 During the 12th century, the temple was expanded by the Pandya dynasty, and its major shrines were rebuilt by Jivevara Sikkariyya and collaborated in rebuilding by the successor of the Jaffna empire, Govina Sankariyarayan. It is believed that the Shivling of Ramanathaswami (Shiva) was established by Lord Ram which was the incarnation of Lord Vishnu.

Rameshwaram corridor is the longest corridor in the world. Its wall width is 6m and height 9m is Gopuram 38.4 m at the entrance of the temple. The temple is built area about 6 hectares.  The corridor of this temple is very beautiful, which exhibits the ancient art and civilization of India.  The Rameswaram Temple is one of the historic temples of India and the devotees come from abroad to know the magnificence and history of this temple.

According to legend Ramayana, Lord Rama was the seventh incarnation of Lord Vishnu who killed Ravana during the Ramayana war. Ravana, who was the son of Pulastya Maharishi. He was the great devotee of Shiva and knowing the four Vedas. Because of this Ram was very much sorry after killing Ravna. They got the sin of killing Brahma-killing and he was want to wash this sin, he decided to establish Shivlinga in Rameswaram. He ordered Hanuman that he came from Himalaya with Lord Shiv Ling. When Hanuman was delayed in bringing Shivalinga, Mata Sita created a small Shivling from the sand available in the beach; this little Shivalinga is called Ramnath. Later on the arrival of Hanuman, Ram established the great Shivling of black stone at the same time near the small Shivlinga. Both of these Shivlingas are still worshiped in the main temple of  Rameswaram shrine. This is the main Shivling Jyotirlinga. 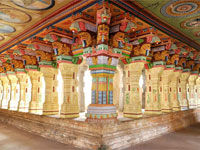 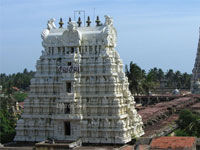