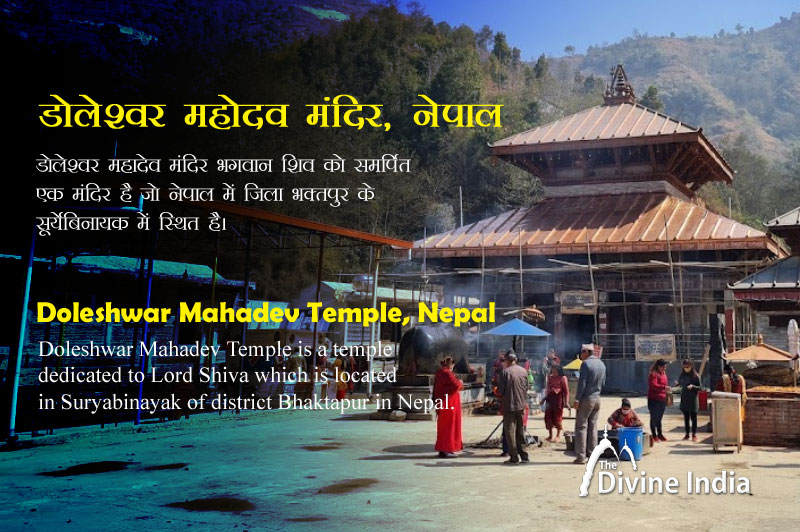 The name of Doleshwar Mahadev Temple comes in the major Shiva temples of Nepal. Devotees come from all over the country and abroad to visit Doleshwar Mahodav, mainly from India, a large number of devotees go for darshan.

The priests of Doleshwar Mahadev Temple are selected from the southern states of Karnataka, Andhra Pradesh, Kerala and Tamil Nadu in India.

After the war of Mahabharata, the Pandavas wanted the blessings of Lord Shankar to get rid of their sins. The Pandavas, searching for Lord Shankar, reached Kedarnath where Lord Shankar had taken the form of a bull. The Pandavas realized that the bull was Lord Shiva and tried to stop it by pulling its tail. Suddenly the head separated from the body of the bull and the Pandavas could not locate it. It is believed that when Lord Shankar disappeared in the form of a bull, the upper part of his torso appeared in Kathmandu. The humpbacked structure is worshiped as a sacred bull in Kedarnath temple in Uttarakhand.

Hindu activist Bharata Jangam was researching and claiming that Doleshwar Mahadev is a major part of Kedarnath, based on the surprising relationship between Kedarnath and Doleshwar. The Shivling found in both the temples is 4,000 years old. Even a stone treatise found at Doleshwar was written in Kannada, an Indian language.

Blog/Story
Mother, drink water will be a great virtue