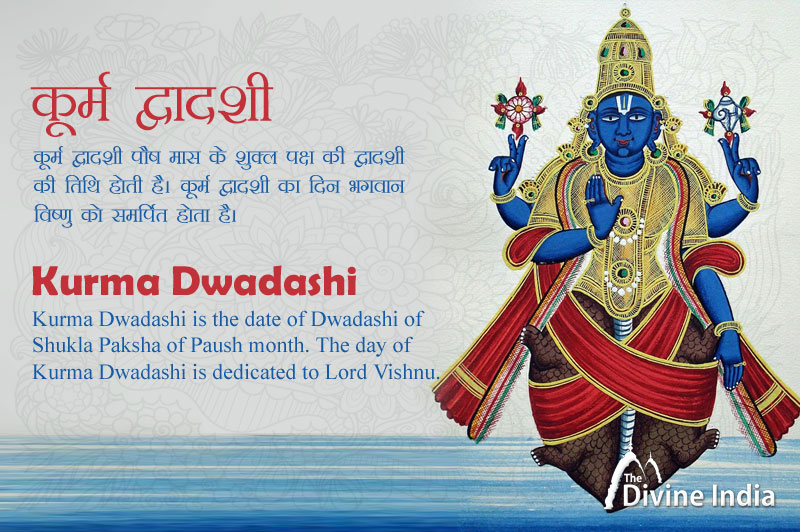 Lord Vishnu is worshiped with full dedication on the day of Kurma Dwadashi. The person observing the fast should wake up at sunrise and take a bath. A small idol of Lord Vishnu and some other idols are kept at the place of worship and fruits, lamps and incense are offered. It is considered auspicious to recite 'Vishnu Sahasranama' and 'Narayan Stotra' on this day.