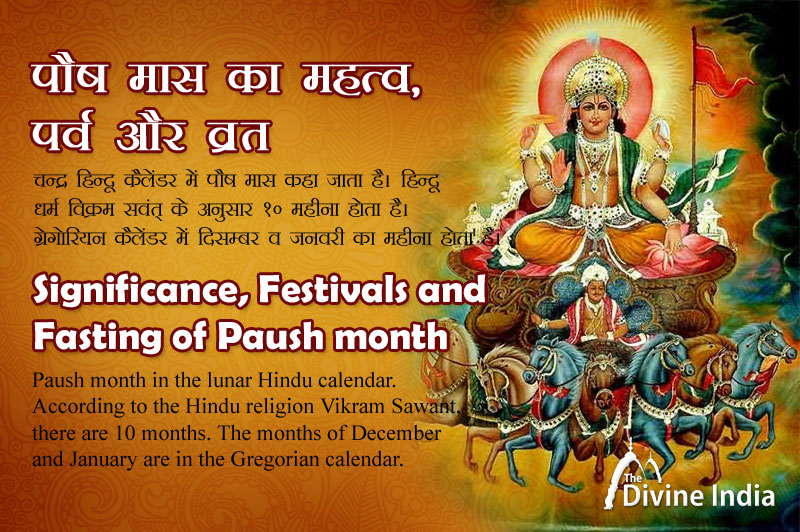 Paush is the name of a month in Hinduism, which is called Paush month in the lunar Hindu calendar. According to the Hindu religion Vikram Sawant, there are 10 months. The months of December and January are in the Gregorian calendar.

Paush month is starting from 19th December 2022 and ending on 07th January 2023. According to the Hindu calendar, each month has its own importance, thus Paush month also has its importance. The importance of worshiping the Sun is given in the month of Paush. Thus, each month is considered special for some deity.

The month of Paush is the tenth month in Vikram Samvat. The names of the Hindu months are based on the constellations. In Hinduism, the change of month depends on the lunar cycle, the constellation on which the moon is located, that month is named on the basis of that constellation. Moon stays in Pushya Nakshatra on the full moon of Paush month, hence this month is called Paush month.

Festivals and fasts of Paush month