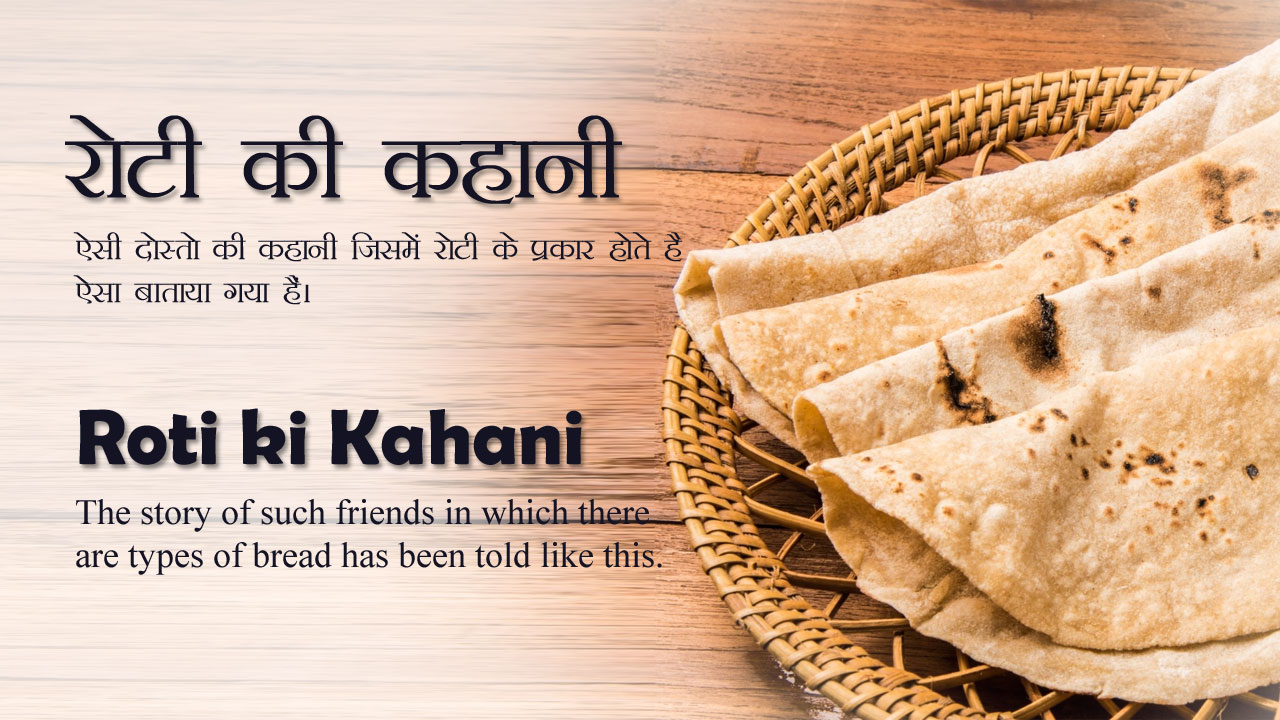 After his wife's death, Rameshwar had made it his routine to walk in the park in the morning and evening with his friends and gossiping, visiting a nearby temple.

However, he did not face any kind of problem at home. Everyone took great care of him, but today all the friends were sitting quietly.

Everyone was sad at the thought of sending a friend to old age home. "You all always used to ask me why do I ask God for the third roti? I'll tell you today."

Kamal asked "Does the daughter-in-law give you only three rotis?"

A friend asked curiously? "No man! It's not like that, the daughter-in-law is very nice.

In fact, "bread is of four kinds."

The first "most delicious" roti is filled with "Mother's "Mamata" and "Vatsalya". Which fills the stomach, but never fills the mind.

A friend said, sixteen anane truth, but after marriage, the mother's bread is rarely available." He further said, "Yes, that is the matter.

The second bread is that of the wife, in which there is a sense of belongingness and "surrender", which fills both "belly" and "mind". We never thought so.

Then to whom does the third roti belong?" asked a friend.

"The third roti is that of the daughter-in-law, which has only a sense of "duty" which gives some taste and also fills the stomach and also saves from the troubles of old age home", there was silence for a while.

"But what is this fourth bread?" Breaking the silence, a friend asked-

"The fourth bread belongs to the maid. By which neither the "stomach" of a person is satisfied nor the "mind" is satisfied and there is no guarantee of "taste", then what should we do, man?

Always worship mother, live life by making wife your best friend, consider daughter-in-law as your daughter and ignore minor mistakes, daughter-in-law will be happy then son will also take care of you.

Even if the situation brings us till the fourth bread, thank God that he has kept us alive, now don't pay attention to the taste, only eat very little to live so that old age can be cut comfortably, all friends were thinking silently that Really, how lucky we are.