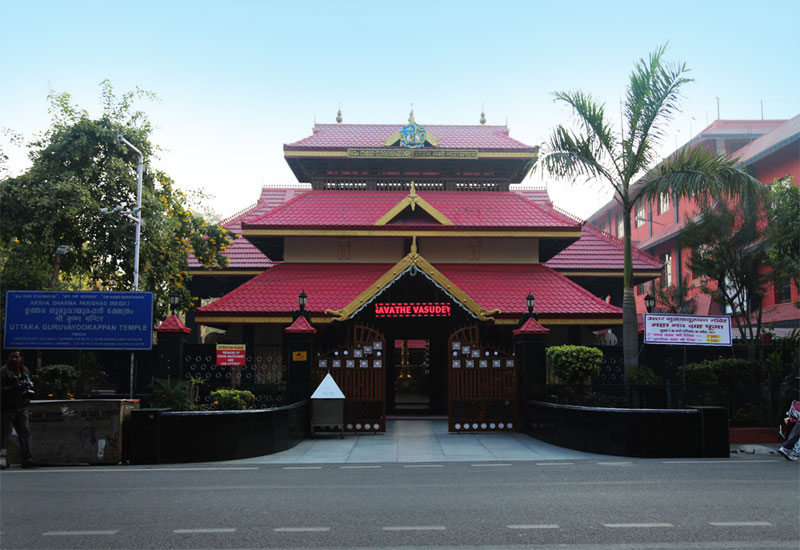 The establishment of the Uttara Guruvayurappan Temple was done on 2 October 1986 by the seeker. It is said that the owner of the temple's land was a widow woman who was a Kashmiri and she want to make a temple on the land. Later, the DDA had captured this land. After some time, DDA allocated Ashish Dharma Parishad to build the temple on this land. After many years the daughter of the original landowner came in search of land. She found that the land was allotted to the temple. The daughter's donated Rs 40,000 for the construction of the temple. Even today the donation given by the daughter has been remembered.

During the early years, it was a small complex and walls, but now this temple has developed into a socio-religious cultural center. Lord Krishna, Catinik Bhagwati (goddess), God Vigneshwar, Lord Shiva and Lord Ayyppa located in this temple and a large number of devotees come here for worship. There is a building near the temple "Gokulam" where arrangements are made for the devotees from far away.

Temple Management is done by Arshi Dharm Parishad (Registry), which is registered under the Societies Registration Act, 1860.