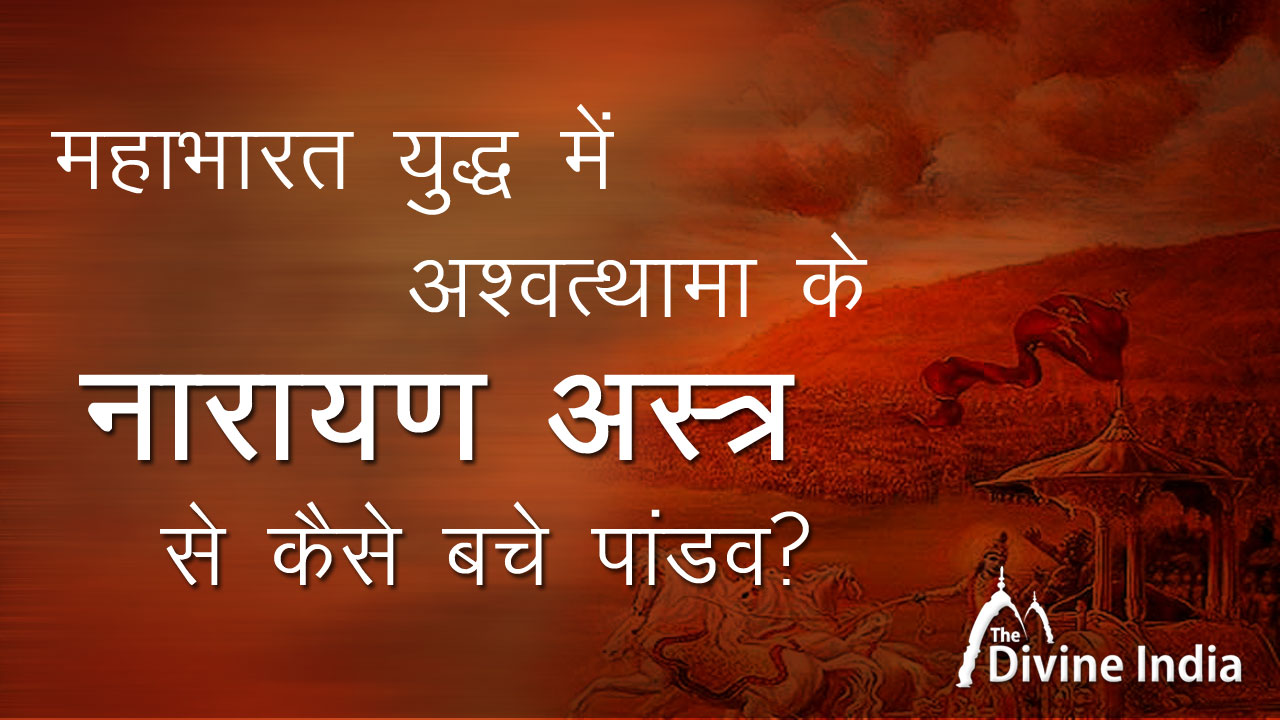 Ashwatthama became very angry when his father Dronacharya was killed in the Mahabharata war.

Due to which Ashwatthama became very sad and angry and wanted to take revenge of his father's death from Pandavas. During the war Ashwatthama left a very terrible weapon to destroy the Pandavas and his army. Whose name was ‘Narayan Astra’.

There was no retaliation for this weapon, nor could any person. It was such a weapon, if the people who had weapons in their hands and were seen trying to fight, would have thought of war in their mind, they would fire on it and destroy it immediately.

Lord Shri Krishna ordered the army to abandon their weapons and keep their hands folded quietly and said that do not even bring the idea of ​​war to mind, it also destroys them.

As soon as Narayan Astra ended his time, the weapon became calm. In this way, the Pandava army was protected.

Sometimes we have such cruel thoughts in our mind towards others. There is no success in war and fighting with everyone all the time. Success is achieved by calming your mind according to the time and situation. Therefore always give God a place in your mind and always dwell inside your mind so that your mind can remain calm and love towards others.